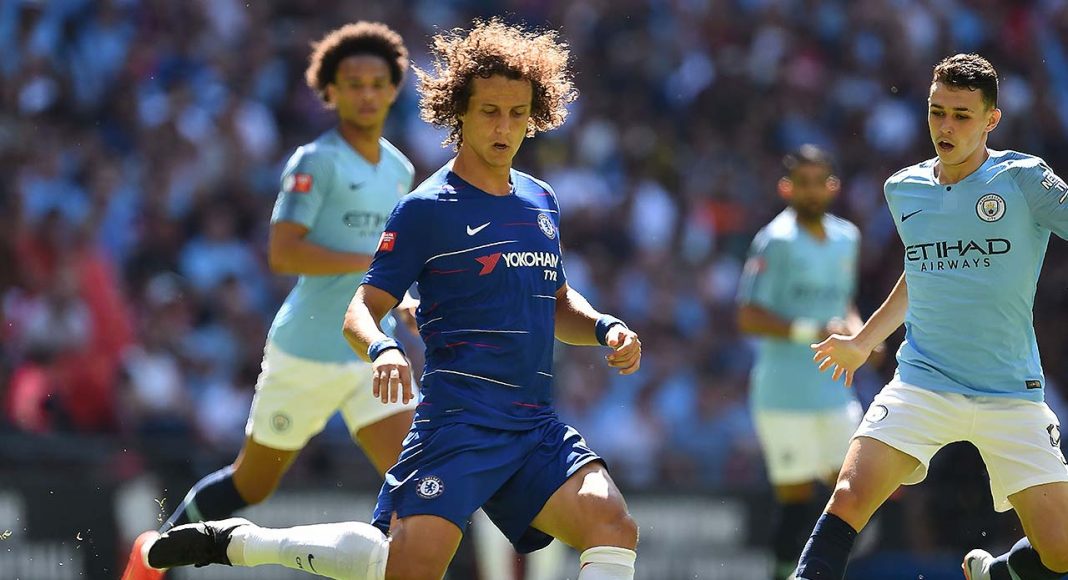 The Blues take on Man City this afternoon at Stamford Bridge having lost 2 of their last 3 games, most recently to Wolves in midweek.

It’s going to be a difficult game and Mauricio Sarri will be aware that defeat to City would leave them 13 points behind the league leaders.

Jorginho and David Luiz were unused substitutes for the midweek defeat by Wolves and are expected to be recalled for today’s game. Ross Barkley is back in contention after an ankle injury.

For Man City, Sergio Aguero will miss a third game in a row because of muscle tightness. Oleksandr Zinchenko is also a doubt, while this game comes too soon for ex blue Kevin De Bruyne to play against his former club.

Here is how we believe Sarri could structure his starting eleven for today’s big game. 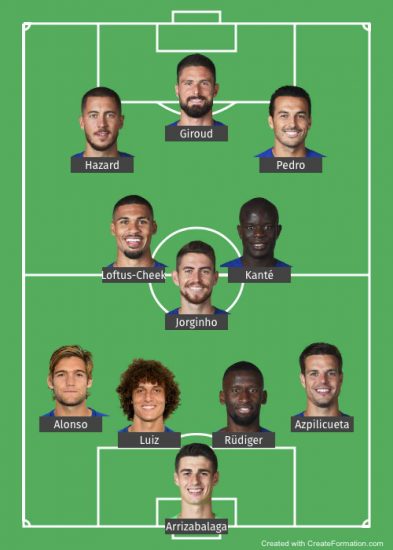 “I knew very well that sooner or later we have to face difficulties. When you change the way of playing, the way of football, you need to change the mentality.

“You need to change the mentality in 25 minds, so it’s not a short way. It’s very difficult.

“We have a problem to manage the match at the moment. In the last two matches we played well for 55, 60 minutes, then the first difficulty we went in blackout. We didn’t react as a team, but as 11 players – in 11 different ways. So it’s a big problem.”

Tomorrow is another huge demanding test for us. How will they react after losing? I can imagine how intense, committed they will be.
“I have been to Stamford Bridge many times and I have won once, last season; always I lose there. They are a good side, a really good team. When you see the XI and the people on the bench, they are a real contender.”

Both teams have met on 42 occasions in the Premier League, with Chelsea holding the bragging rights with 24 wins to Man City’s 11.

12 of those victories have come at Stamford Bridge – with the City having won on four occasions when visiting the Blues, including their last visit in September 2017.

There have been 7 draws

Which channel can I watch it on?

In the UK, the game can be shown live on BT Sport 1, highlights of the game will be show on BBC’s Match of the Day in the evening.

Manchester City have looked unbeatable at times this season and Chelsea have home advantage, we’re going for a 1-1.