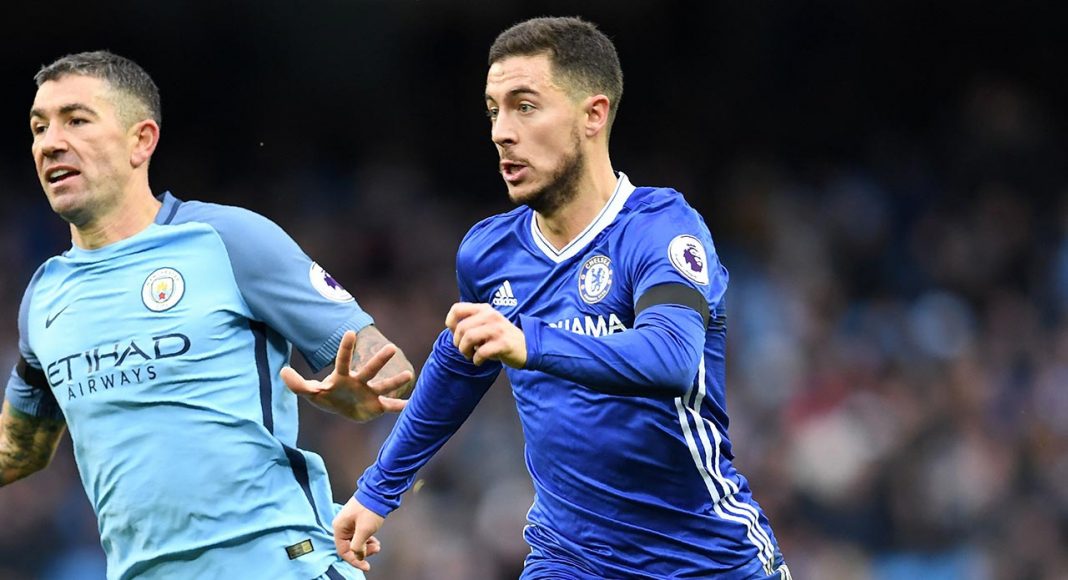 Chelsea face their toughest test of the season tomorrow afternoon as they face Man City in what is the standout Premier League fixture of the weekend.

Eden Hazard looks set to make his first Premier League start of the season and Pedro is likely to play after being rested midweek in the win over Atletico Madrid.

Defender David Luiz completes his three-match domestic suspension for his dismissal against Arsenal, with Andreas Christensen poised to deputise. Midfielder Danny Drinkwater (calf) is the only definite injury absentee.

Sergio Aguero will miss the game having suffered a broken rib after being involved in a car crash in Amsterdam.

Full-back Benjamin Mendy is also unavailable due to a knee injury while Vincent Kompany is not fit.

“If Hazard was able to play one game like the last game against Atletico Madrid it means he’s ready now to play with continuity.

“For us, he’s an important player. Last season he had an important season, he played very well, he performed as a top player. I’m very happy for him.

“It will not be easy to make [selection] decisions tomorrow, because, in my eyes, there is the last performance against Atletico Madrid.”

Is the game on TV?

The match is live on BT Sport 1, with coverage starting from 5pm.

Previous articleChelsea vs Man City predicted lineups: Hazard returns to starting side, City trio miss out through injury
Next articleFormer Chelsea star believes the Blues will sign another striker in January transfer window