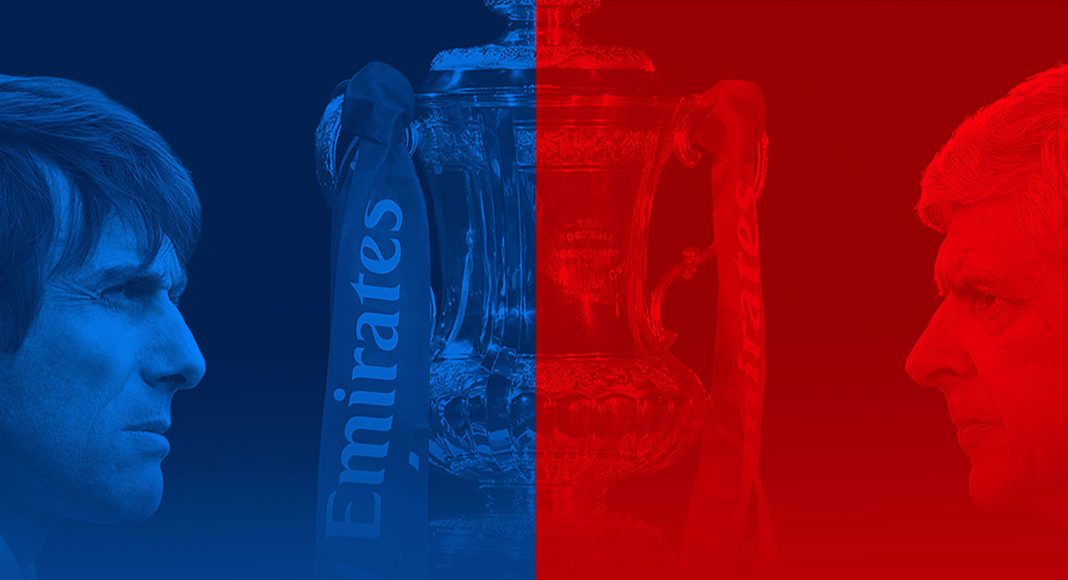 The opportunity to win a first domestic double in seven years is the tantalising prize on offer when Chelsea meet Arsenal in the FA Cup Final at Wembley.

With the Premier League wrapped-up ahead of a triumphant 5-1 victory on the final day of the season, Antonio Conte’s team have the opportunity to end the season with more silverware this weekend.

Standing in their way are an Arsenal side that have managed to find some late season form, but ultimately missed out on a coveted Champions League place next season.

So what does the form book tell us is likely to happen when these two London rivals meet?

Six wins on the trot for the Blues wrapped up the Premier League title, but Arsenal’s form has been only marginally worse – with one defeat in the last six games against Spurs at the end of April.

Across the last 20 games Arsenal have lost twice as many games (six to Chelsea’s three), while both teams have recorded just two draws.

Arsenal’s run to the final has been relatively easy, facing only two Premier League clubs in the form of Southampton and Man City.

They faced the latter in the Semi-final at Wembley, riding their luck to piece together a 2-1 win.

Chelsea have faced tougher opponents in their route to the final, beating both Man United and Tottenham in the Quarter and Semi-finals respectively.

A look at form across the last ten league games gives an interesting impression of what we can expect in the Final.

Chelsea have scored 11 more goals than The Gunners over the last ten games, but conceded three more.

Since switching to a back three Arsenal have shown a marked improvement in defense, conceding just nine goals and keeping three clean sheets across the run of games.

From an attacking viewpoint, those numbers mean Chelsea’s attacking averages are significantly better than Arsenal’s. Across the last ten The Blues have scored just under an average of three goals per game.

Defensive averages marginally favour Arsenal, but across the season Chelsea have been stronger in defence – conceding 11 fewer goals than the Gunners overall.

The most likely scoreline is a 1-1 United draw (11% probability) which would of course mean the game heading into extra time, and potentially penalties.