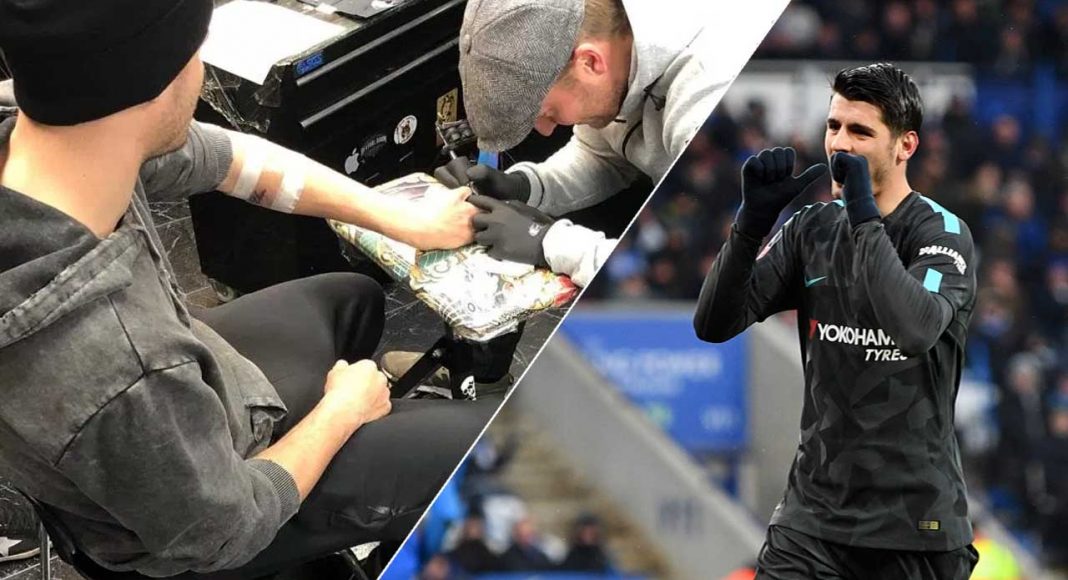 Alvaro Morata was secretly inked prior to Chelsea’s FA Cup clash with Leicester City in hope of breaking his 13-game goal-drought – and it certainly paid off!

As The Sun report, Morata was pictured in the tattoo parlour, with the artist claiming that Morata felt that it would bring him good luck. The Spaniard reportedly asked that the tattoo was kept secret until he found the back of the net.

Morata scored one of two Chelsea goals that saw Chelsea past the Foxes and into the semi-finals of the FA Cup at Wembley. You can see our club-record signing getting inked below.