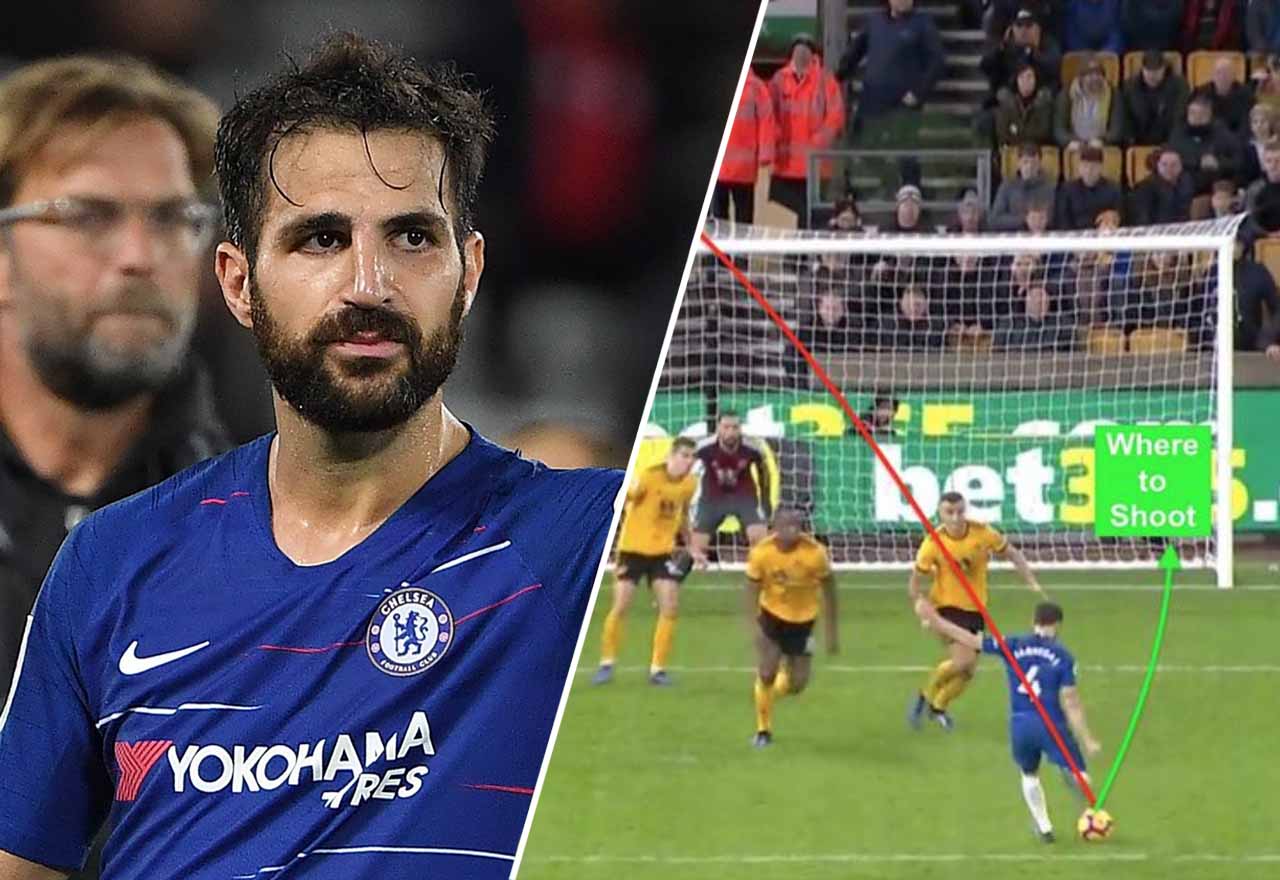 Cesc Fabregas took to Twitter to commendably take criticism from a fan on the chin. What a professional he is.

Fabregas started in the heart of the Chelsea midfield against Wolves on Wednesday night. Maurizio Sarri rested several players, including Jorginho, which gave the likes of Fabregas an opportunity to start in the Premier League.

The Spaniard performed well for the most part, and of course, provided the assist for Ruben Loftus-Cheek’s first half-goal. There was one mistake of his that didn’t go unnoticed by the Chelsea faithful, though.

As the clock ticked down until full-time, Fabregas found himself with a yard of space on the edge of the Wolves penalty area. As shown by the below image, he uncharacteristically made the wrong decision.

Shout out to @cesc4official. This angle makes the shoot so much more terrible. pic.twitter.com/d64MjzEshu

Though football is rarely as straightforward as “oh, he shoot have shot here”, the stakes were high at that time of the game and ultimately it could have been the moment to rescue us a valuable point.

Fabregas is the first to admit when he has made an error, as he proved by replying to the fan’s tweet agreeing that he should have fired towards the far corner, or even laid it off to Olivier Giroud.

Shout out to @cesc4official. This angle makes the shoot so much more terrible. pic.twitter.com/d64MjzEshu

This is exactly the kind of attitude we love to see from our players. Being able to take criticism is a valuable skill, and Fabregas looks to have learnt how to do it over his illustrious career. Keep going, Cesc!