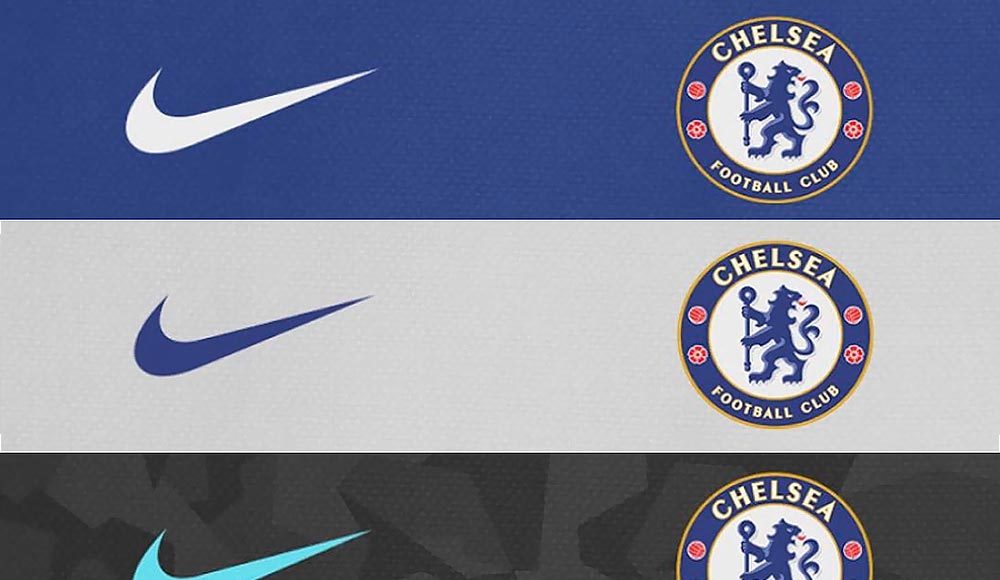 Chelsea will change there kit manufacturer to Nike at the end of the season after 10 year deal with Adidas comes to an end.

In October the Blues signed a £60m-a-season deal with Nike which is expected to last for 15 years. This has left many fans excited to see how the new kits will look for next season.

As usual it’s Footy Headlines that have the first pictures of basic kit designs and colours having posted them on there website and social media channels.

A Chelsea shirt is always going to be blue, the shade of blue is what we want to know. It’ll be a similar shade of those used by NFL’s team New York Giants, which is a bit darker and paler than the colour used by Adidas for the last few home shirts (Chelsea Blue).

It is expected that the new Chelsea 17-18 home shirt will be combined with white applications. It is also likely that the kit will feature a modern design, just as almost all recent Nike kits.

Here’s the colour of the leaked away kit, at first glance your probably thinking it’s going to be white, actually its ‘bright silver’.

It’s said to be based on the second generation of the Nike Vapor AeroSwift template. Blue is expected to be used for the insets along the sides and under the arms, as well as for a line around the neck, but it could also be used for the entirety of the sleeves.

The third kit template is said to feature a geometrical, camouflage-inspired pattern. The colour will be anthracite with bright blue details.

Take a look at all three basic designs and kit colours below.

You can add them like, You can get all these Nike kits at a very discounted rate by using Nike Discount code & Voucher from Dealslands UK.

i am totly surpriced

Previous articleChelsea Open Contract Talks With Antonio Conte Due To Inter Milan Interest
Next articleReal Madrid Calling for Eden Hazard, But He Should Stay at Chelsea