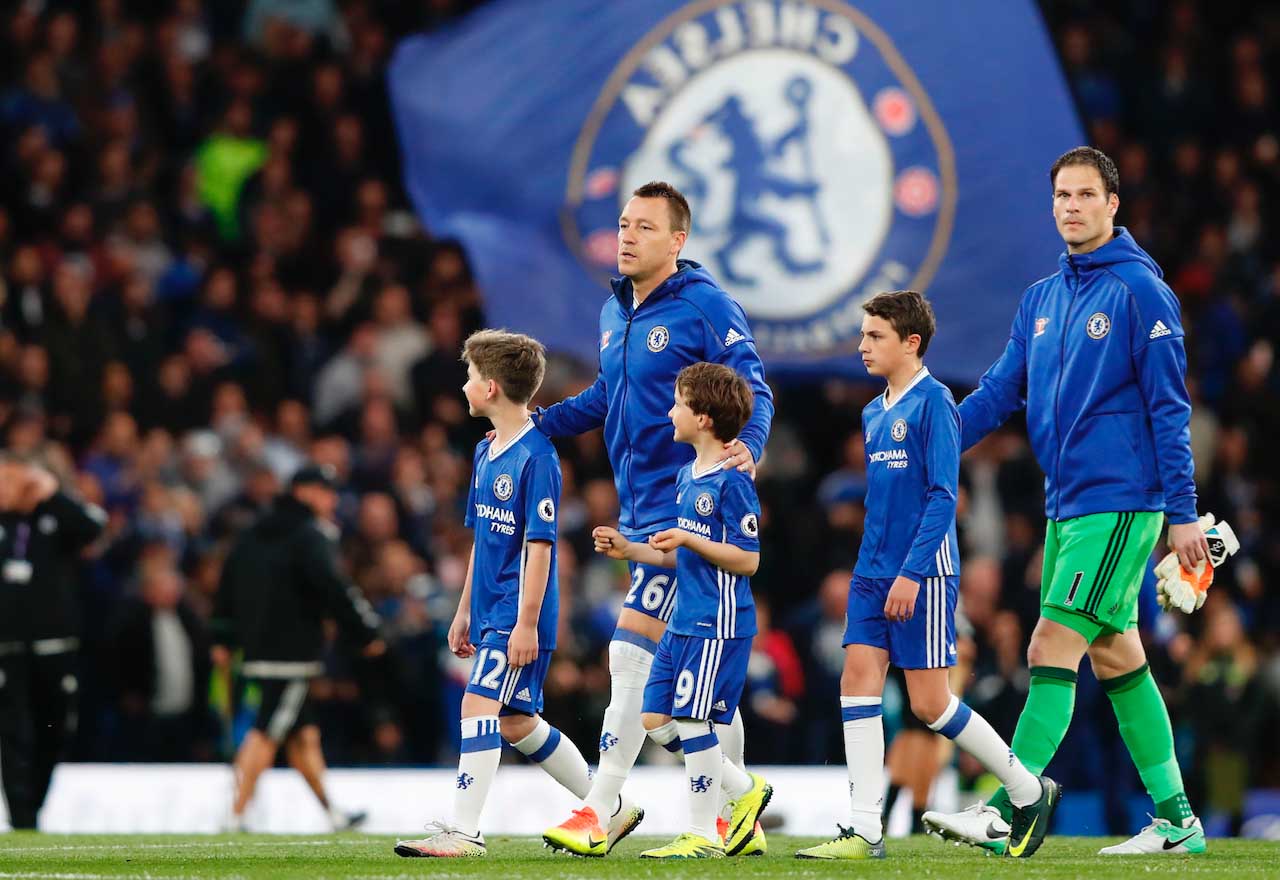 Stamford Bridge is rocking tonight – and why not? CHELSEA ARE CHAMPIONS!

Antonio Conte’s side are facing Watford tonight, and the Italian has named an eye-brow raising starting eleven, with several of our youngsters being given an opportunity.

There may be unfamiliar personal on the pitch, but it’s the same old story in the stands. The fans are in party mode with chants being sung and banners being hung to remind the world what we are – champions. Another one of the perks of being champions, as well as the coveted trophy and bucket load of champagne, is the guard of honour. Watford players and the match officials welcomed the Chelsea players to the field, who were led out by five-time Premier League champion John Terry. There is a great feeling around the club at the moment, on and off the field. You have to feel this is one the beginning of the Conte revolution.