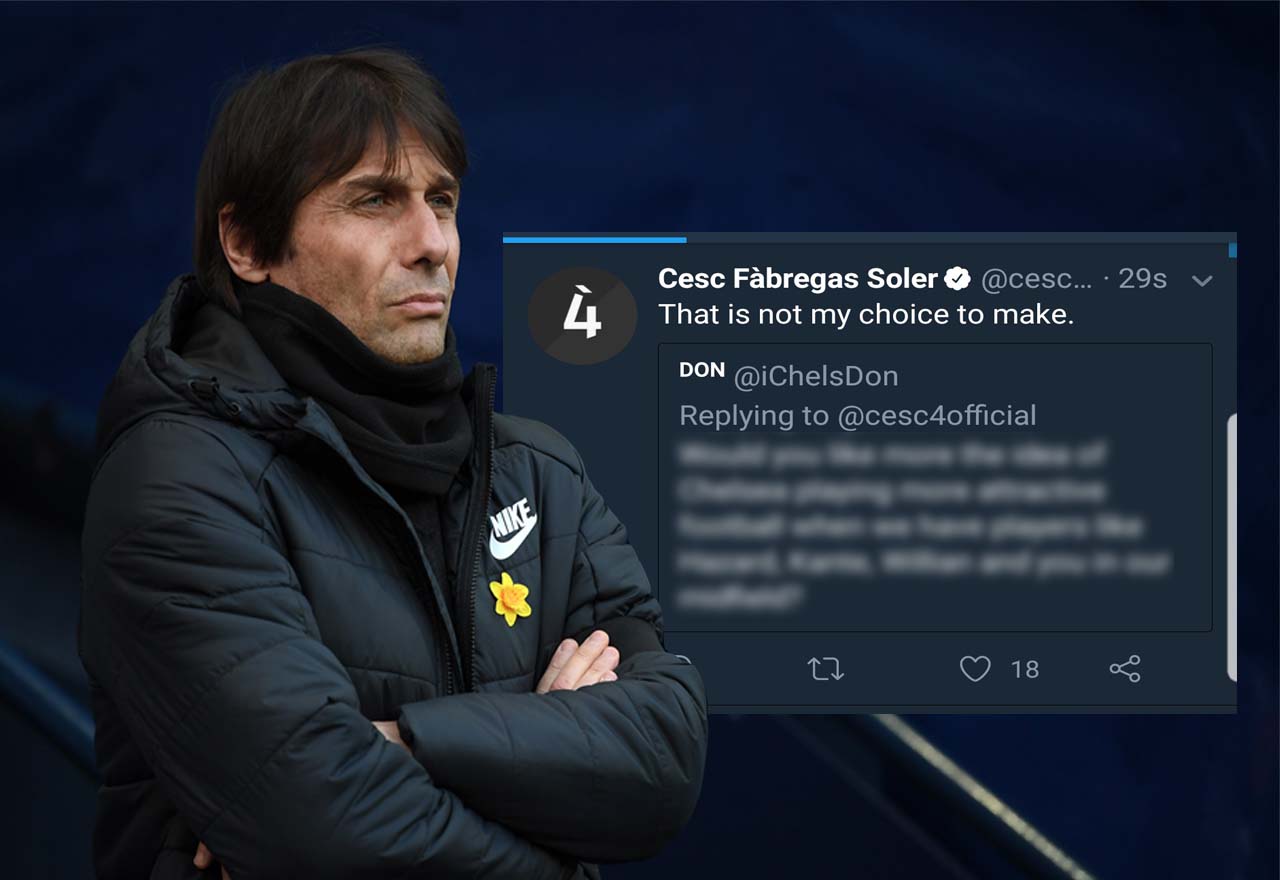 Chelsea midfielder Cesc Fabregas strongly insinuated during a Twitter Q&A that he isn’t happy with Antonio Conte’s style of football.

Fabregas has been rotated in and out of the side since Conte took charge of the club back in the summer of 2016. The Italian continually opted to field Nemanja Matic and N’Golo Kante in the middle of the park last term, with Fabregas being used as an impact substitute.

There can be no denying that Fabregas is not your archetypal Conte midfielder. He’s not combative, nor remotely athletic in any shape or form.

The La Masia product has Barcelona DNA, that’s the style of football that he is associated with – and that style is lightyears away from what Conte’s Chelsea are playing right now.

Fabregas was asked during a Twitter Q&A whether he would like to see his side playing more attractive football. He answered pretty bluntly, suggesting his discontent at Conte’s style of play. The tweet was almost immediately deleted. What do you make of this, Blues?