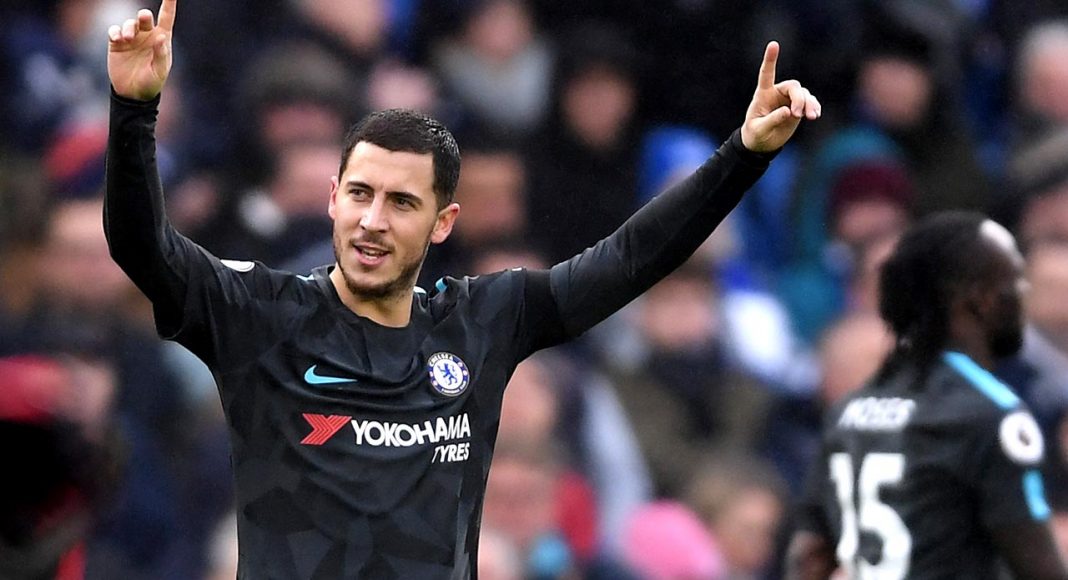 Eden Hazard has revealed that he is waiting to see if Chelsea sign ‘good players’ this summer before making a final decision on his own future.

Hazard’s future at Stamford Bridge has been under the spotlight for some time now. Continual links with Real Madrid have left many Chelsea fans fearing that he will jump ship and doom us to mediocrity.

It’s a genuine possibility, that’s hard to deny. Zinedine Zidane is his childhood hero and an opportunity to link-up with him at the Bernabeu would surely be hard to turn down.

However, we can still convince him to stay here, at the club that he loves, we just need to open our chequebook.

Hazard has been speaking openly in public about his future in West London – and it sounds encouraging. He’s quoted by the Independent saying:

“Like I say many times before, I think it is not my last game. It’s the last game of the season, that’s it. After the World Cup then we will be ready for the next season.”

“But for me in my mind, I’m here, I have one week to play now. Saturday is a massive game, I just want to win for me and them also.”

“That’s why I’m taking my time. It’s something big, so, yeah… I need to think of a lot of things. But, you know, one thing for sure is I’m happy here.”

“I’m waiting for new players next season. We’ll see. I want good players, because I want to win next season the Premier League. Yeah, a lot of things, then we will see.”

We need to do everything in our power in order to ensure Hazard stays put. He’s our talisman, one of the best to every pull on the Chelsea shirt. He’s loved here – and he has to stay.