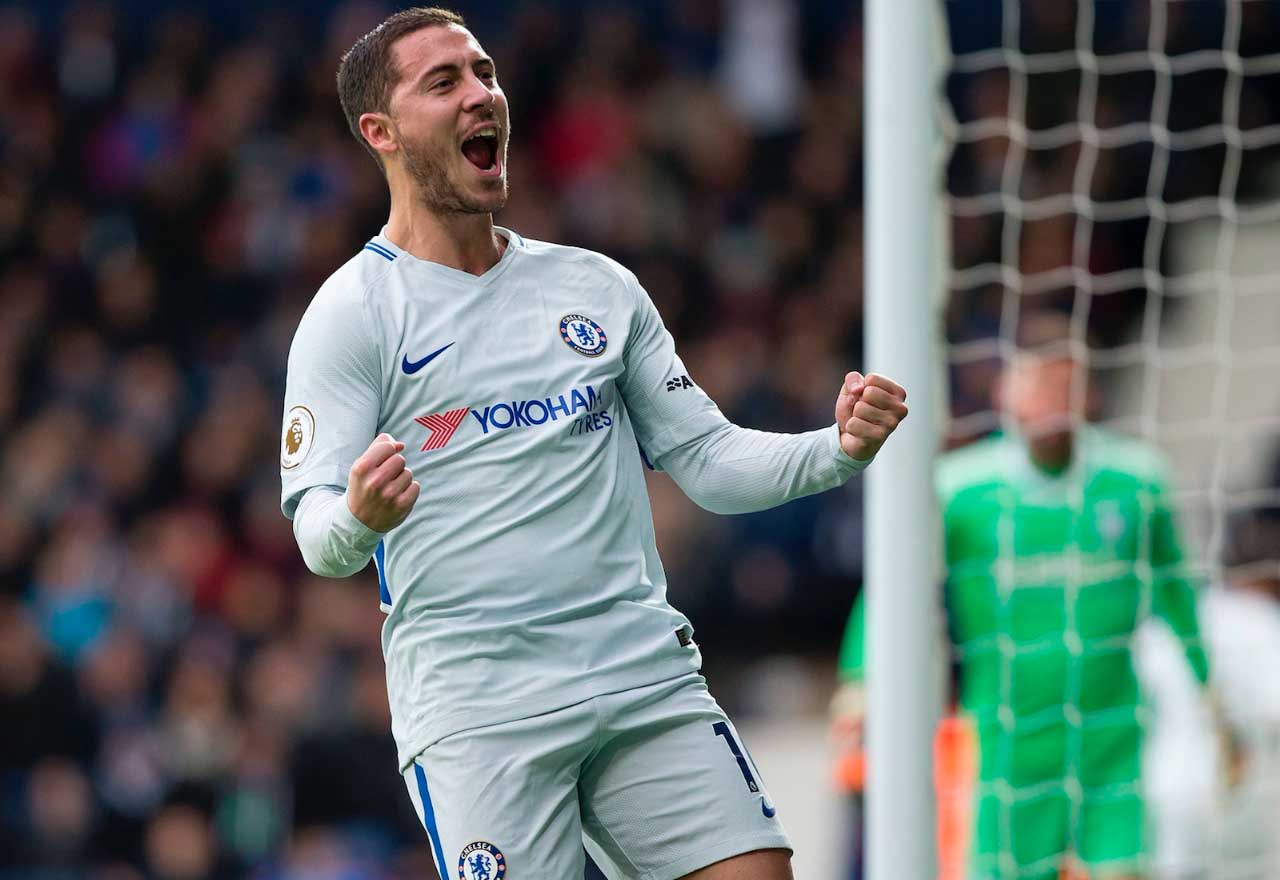 Chelsea talisman Eden Hazard has fired a warning to the Blues’ title rivals following our 4-0 victory over West Brom at the Hawthorns.

Both Andre Villas-Boas and Roberto Di Matteo were dismissed by Roman Abramovich following defeats to the Baggies on their turf – it’s not an easy place to go, as history has shown.

However, Antonio Conte’s Chelsea powerhouse made light work of the fixture. Goals from Alvaro Morata, Marcos Alonso and a brace from Hazard saw the Premier League champions pick up their fourth league victory on the trot – and Hazard is smelling blood. Alvaro Morata were in fine form for Chelsea during their 4-0 victory over West Brom at the weekend.

Despite the eight point deficit, Hazard is not prepared to give up on retaining Chelsea’s Premier League crown.

During his post-match interview with the Chelsea website, Hazard fired out a warning to our rivals, suggesting that we can replicate the incredible 13-game winning streak that sparked our revival last time around:

“We know Man City are winning a lot of games but we need to try and close the gap and then we will see at the end of the season.”

“The run last season was unbelievable, it’s not every year you can do that, but why not? We have almost the same players and we have to be ready if we want to stay near the top.”

It’s a tough ask, but we’re almost a third of a way there. If Hazard and Morata continue playing the way they have recently – who knows?