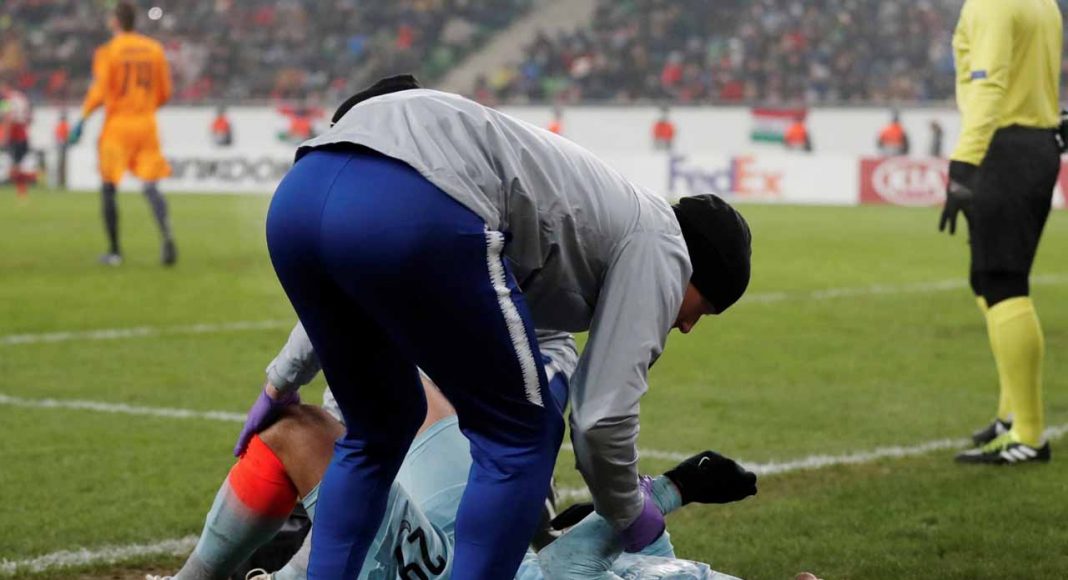 Alvaro Morata left the field of play during Chelsea’s clash with MOL Vidi in the Europa League with what appeared to be a knee injury.

Tonight’s game provided Morata with an opportunity to bag a goal or two in his quest to restore Maurizio Sarri’s faith in him.

It was a frustrating opening period for the Spaniard as it was, and it got a whole lot worse as the seconds ticked down towards half time.

Morata landed awkwardly in the opposition penalty area and fell to the ground. The Chelsea medical staff rushed to his aid, before he was replaced by Olivier Giroud.

With the most congested period of the season on the horizon, we could really do without losing Morata to injury, whatever your opinion on him may be.

We’ll be keeping our fingers tightly crossed that the damage done to him is nothing too serious. Get well soon, Alvaro!

Previous article(Video) Ethan Ampadu scores OG on Chelsea return – but was it his fault?
Next article(Video) Chelsea stunned as Loic Nego almost breaks the net with thunderous volley