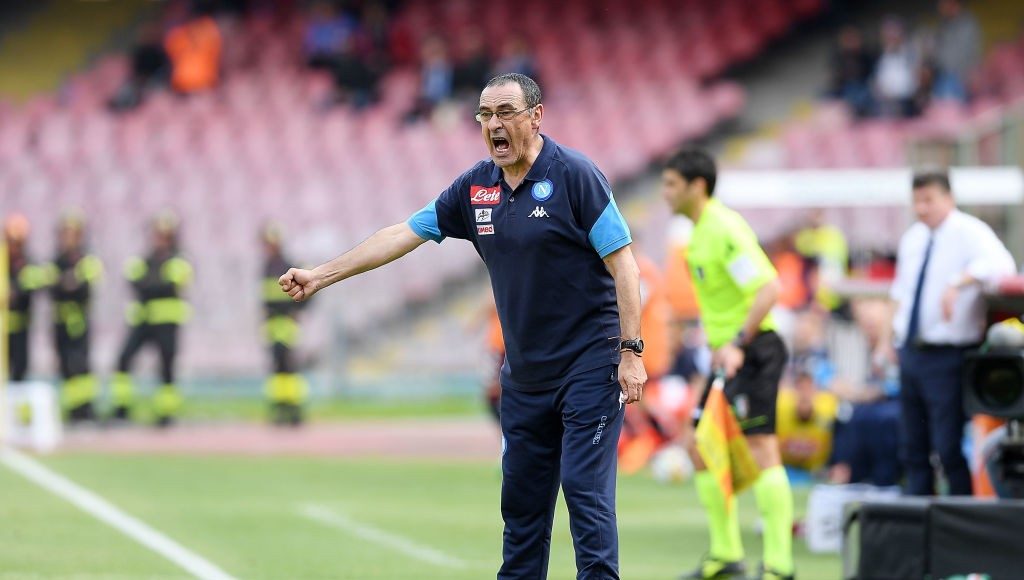 Napoli defender Kalidou Koulibably is desperate for Maurizio Sarri to stay at the Italian club following rumours that the manager could be departing this summer.

Sarri has been among the favourites to replace Antonio Conte at Chelsea at the end of the season, as the 59-year-old has put himself and his team on the map this season, despite falling just short of beating Juventus to the Serie A title.

Koulibaly, who has been rumoured to join Chelsea if Sarri gets the Stamford Bridge post, appears to be in favour of wanting what’s best for his current club, as he’s quoted by Sky Italia via Football Italia saying:

“I think we ought to continue with Sarri, though of course the decision is down to him and the President. Sarri is different to every other Coach. He lives for football and is always watching the videos of other teams, of our own games and sessions, because he wants perfection.

“With a squad like this, we need that kind of staff to help us grow and go forward. I hope Sarri will stay as long as possible, because Napoli need him.”

Koulibaly has been an integral part of Sarri’s Napli side as he’s known for his versatility and technical skills along with the defensive qualities he shows as a centre-back.

If Koulibaly were to join Sarri at Chelsea, it confirms the free-flowing, exciting football that the former-Empoli manager would want to inherit at SW6.