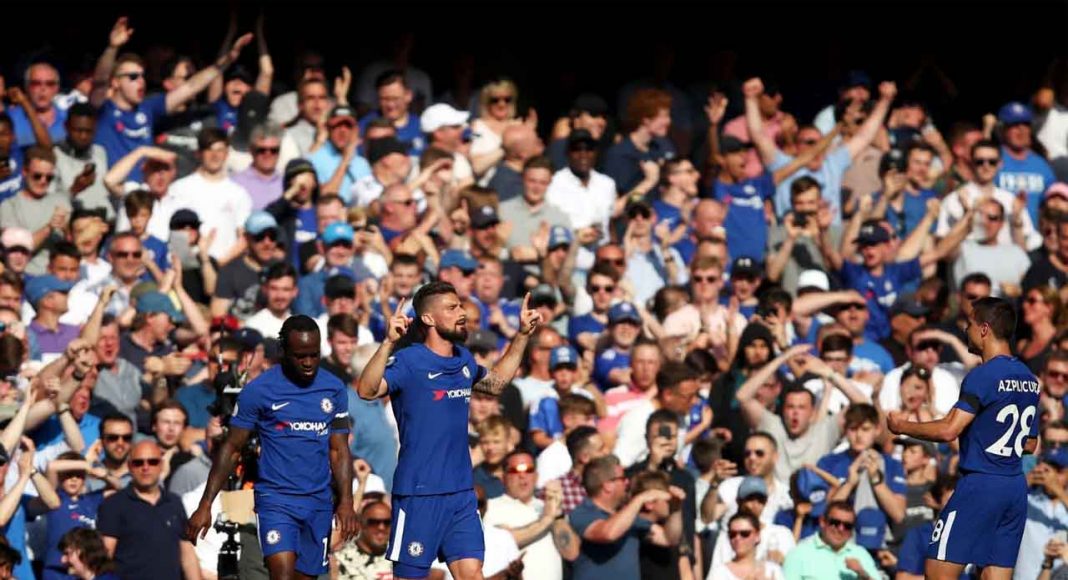 Olivier Giroud has revealed why he dedicated his goal to David Luiz after finding the back of the net against Liverpool on Sunday afternoon.

Giroud leaped above the Liverpool defence to flick Victor Moses’ cross into the back of Loris Karius’ net. His goal proved to be enough to secure Chelsea a vital three points in our quest for Champions League qualification.

Having scored the goal, Giroud sprinted to the Chelsea bench and hugged David Luiz. The reason for him doing so was previously unclear, but following the game he revealed why he used the goal as an opportunity to show his affection for the Brazilian.

“David Luiz is a good friend, so I was very pleased to dedicate him this goal because he is going through a tough period and he is coming back.”

This has been a season to forget from Luiz’s point of view. Let’s hope that he gets fit and back in action as soon as possible. He may well benefit from Antonio Conte’s likely departure, too, with rumours circulating that the Italian will soon be on his way out of Stamford Bridge.

Conte has treated David disgustingly and he is the kindest nicest person you only have to see him at Children’s hospitals to know that, he has a heart of gold, sadly Conte has a heart of stone and the sooner he gets out of Chelsea the better things will be.