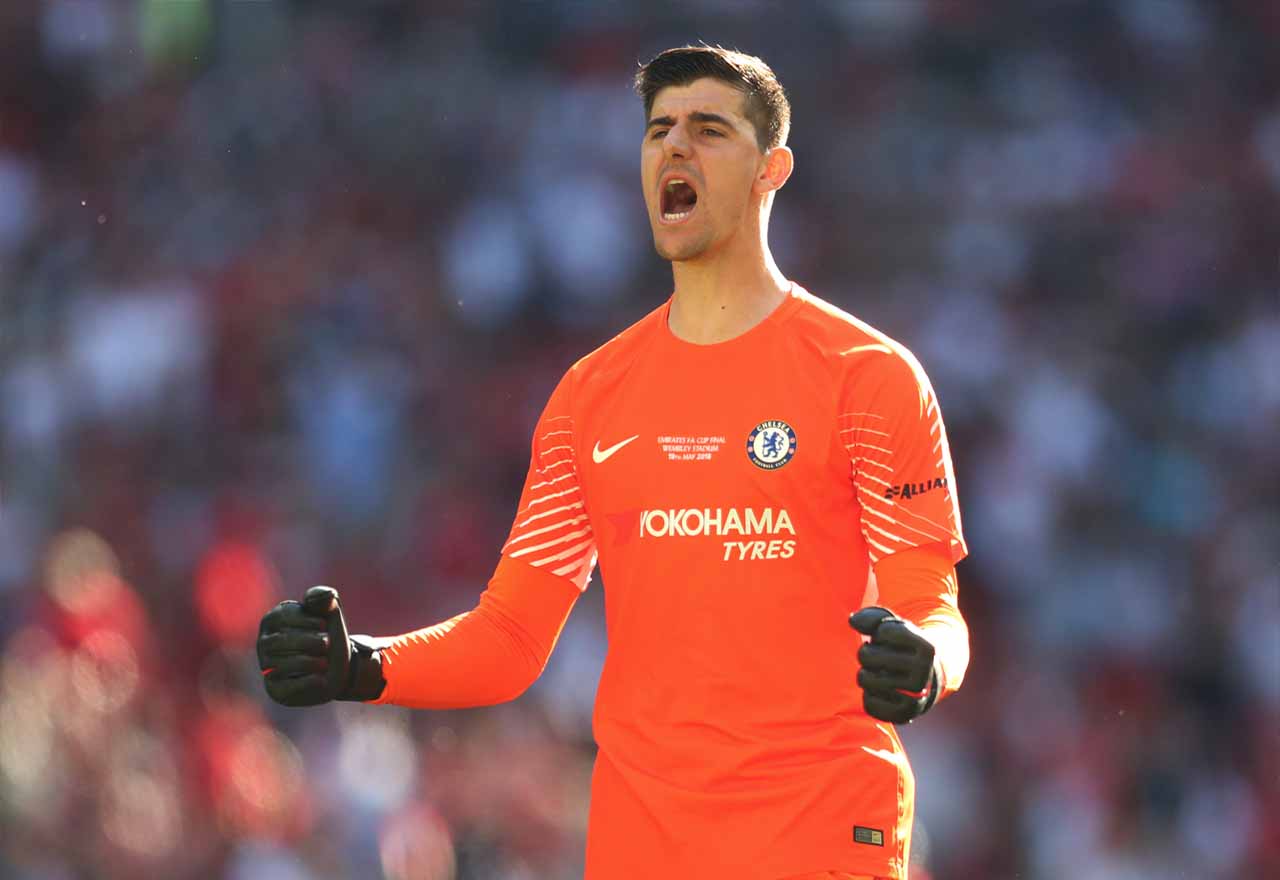 Thibaut Courtois has called on Antonio Conte and Chelsea to sort out the Italian’s future before it unsettles the players any further.

Courtois had a so-so campaign between the sticks for the Blues, but was at his very best at Wembley on Saturday to deny Manchester United.

The lanky Belgian will be heading to the World Cup this summer with his country. He’ll undoubtedly be eager to prove himself as one of the best goalkeepers in the world, as he has done during his time at Stamford Bridge. Thibaut Courtois will be heading to Russia with his country this summer for the World Cup.

Football is not Courtois’ only talent, he’s also a pretty good public speaker – and has never shied away from sharing his thoughts and opinions in the public eye. He hasn’t done so once again following our FA Cup triumph.

Courtois is quoted by the Mirror calling on Conte’s future to be decided once and for all ahead of next season, suggesting that it has been playing on the players’ mind this term:

“It’s not a question for players it’s a question for the board. We train well with him. There needs to be a clear line from the club, either they continue or stop.”

“You cannot have him one more year and you don’t know if the next year he will go away or not because you need some clarity and then everyone knows what way the club is going forward.”

“I think this season there were always rumours about everyone and it’s not easy to then defend a title with criticism but we are happy to win a trophy today.”

The speculation surrounding Conte’s future has created an environment which has made life difficult for the Chelsea squad. We’re in full agreement with Courtois. Either they put aside their differences, or Conte walks away. Either way, get it sorted.

Speaking of which, Courtois needs to get his own future sorted. He has just one-year remaining on his Chelsea contract. The season is over, no more excuses. Sign it, Thibaut!

You give Conte a new contract of 3 years and give him the players he wants, or you sack him now. No if’s or but’s.

For me it’s better we let conte stay. He is a good man and the best coach. Secondly we also need to be firm with one coach