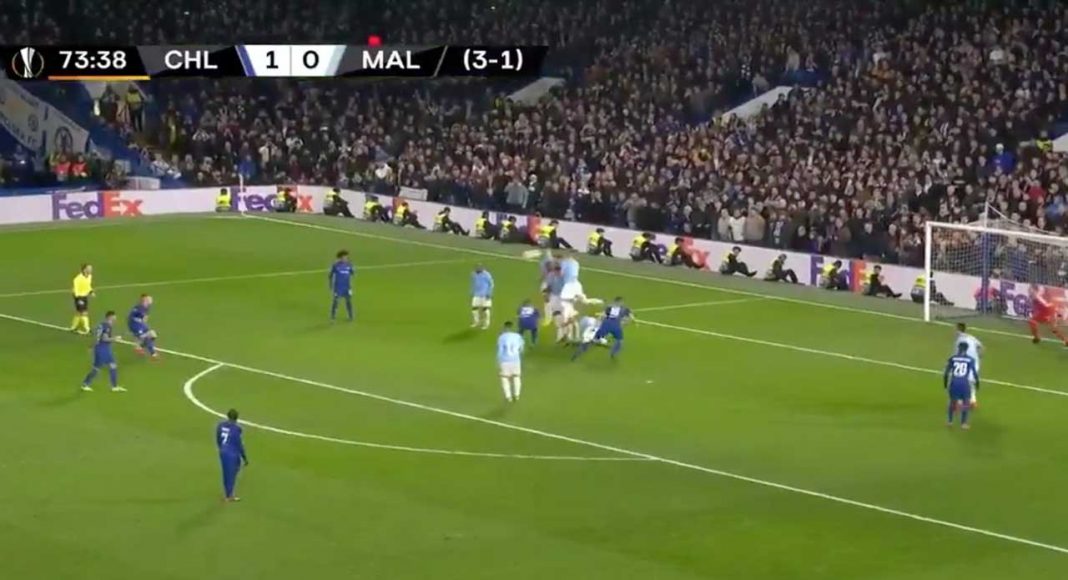 Ross Barkley has signed and sealed Chelsea’s progression into the Europa League quarter-finals with a peach of a free-kick.

Barkley has come under scrutiny from the Chelsea supporters for his underwhelming performances of late, but he’s began his journey to restoring all of our faith in his ability by firing home a beautiful free-kick from the edge of the penalty area.

The Englishman bent the ball over the wall and into the top corner, leaving the opposing goalkeeper with no chance of keeping it out of his net. We didn’t know that Barkley had this in his locker! Willian and Marcos Alonso have some competition now…

Ross Barkley with a brilliant free-kick…

He gave the keeper no chance 👊 pic.twitter.com/LcJNOnemM1