Talk Chelsea
Home Opinions What are the odds of Chelsea beating Barcelona in Champions League this... 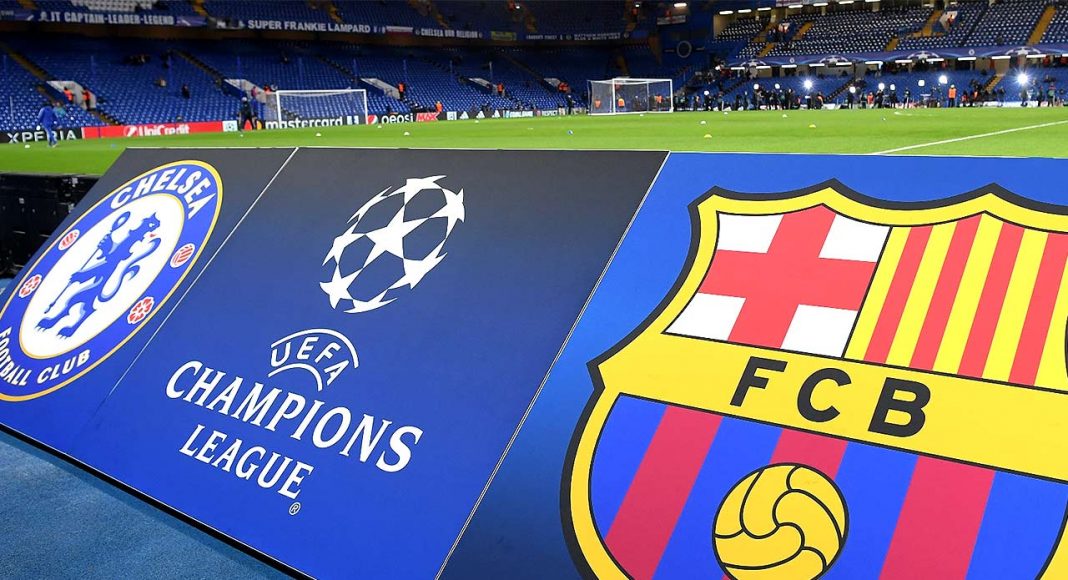 It was almost a “perfect night” for the Chelsea in the first leg of Chelsea and Barcelona Champions League last-16 clash on Tuesday. Chelsea played magnificently and managed to hold the La Liga leaders (Barcelona) to a 1-1 draw.

Antonio Conte’s team selection and tactics were spot on, and he exposed some of Barcelona’s shortcomings that might not be fixable in the short-term. Despite many doubts among Chelsea fans and pundits, Antonio Conte showed once more that he’s a tactician par excellence.

Barcelona enjoyed a suffocating possession (69% – 31%), especially in the first half, but despite the probings of Messi and Andres Iniesta, they failed to create serious chances in front of the Chelsea goal.

Barcelona manager, Valverde, made no surprises in his starting 11, he lined-up the same starters as in his last La Liga game against Eibar, he just changed the formation to 4-2-3-1.

Conte, on the other side, decided to play without Morata and Giroud. He opted instead to play with Eden Hazard as “false nine”, who was supported with Willian and Pedro on the flanks.

The match started slowly, Chelsea decided to give Barcelona possession and to rely on counter-attacks. That tactic almost paid off in first half as Willian had two fantastic chances, but both of his shots hit the post to leave the match scoreless going into halftime.

The second half was much more active, with Chelsea taking the lead in the 62nd minute. It was Willian, who finally got his name on the score sheet after curling home an excellent low finish into the bottom corner.

In the 75th minute Messi stepped up with the equalizer, after a really poor mistake by a Chelsea defender Andreas Christensen.

After this game, UK’s most popular sport betting sites came up with fresh odds about Chelsea’s chances to progress into the next round of this season’s Champions League.

Chelsea is the underdog with odds range from 3.60 to 4.95 to progress, while Barcelona is priced in the region from 1.20 to 1.26. This means that bookmakers give Chelsea about 20-25% chance to progress in this match-up.

As for the Chelsea chances in the second leg that will be played on March 14, can Chelsea still qualify?

While the 1-1 is not a disaster, it does mean that Chelsea needs to score at the Nou Camp in a couple of weeks to have any hope of advancing. Chelsea proved a few days ago that they could both threaten and subdue their opponents – and they must do it again.

It’s no wonder Barcelona is a favorite because of their home advantage and the away goal they scored, but Chelsea demonstrated they have no reason to fear the Spanish side, and history has also shown they can defy the odds, as they did to beat this same opposition in the 2012 Champions League semi-final on the way to lifting the trophy in Munich.