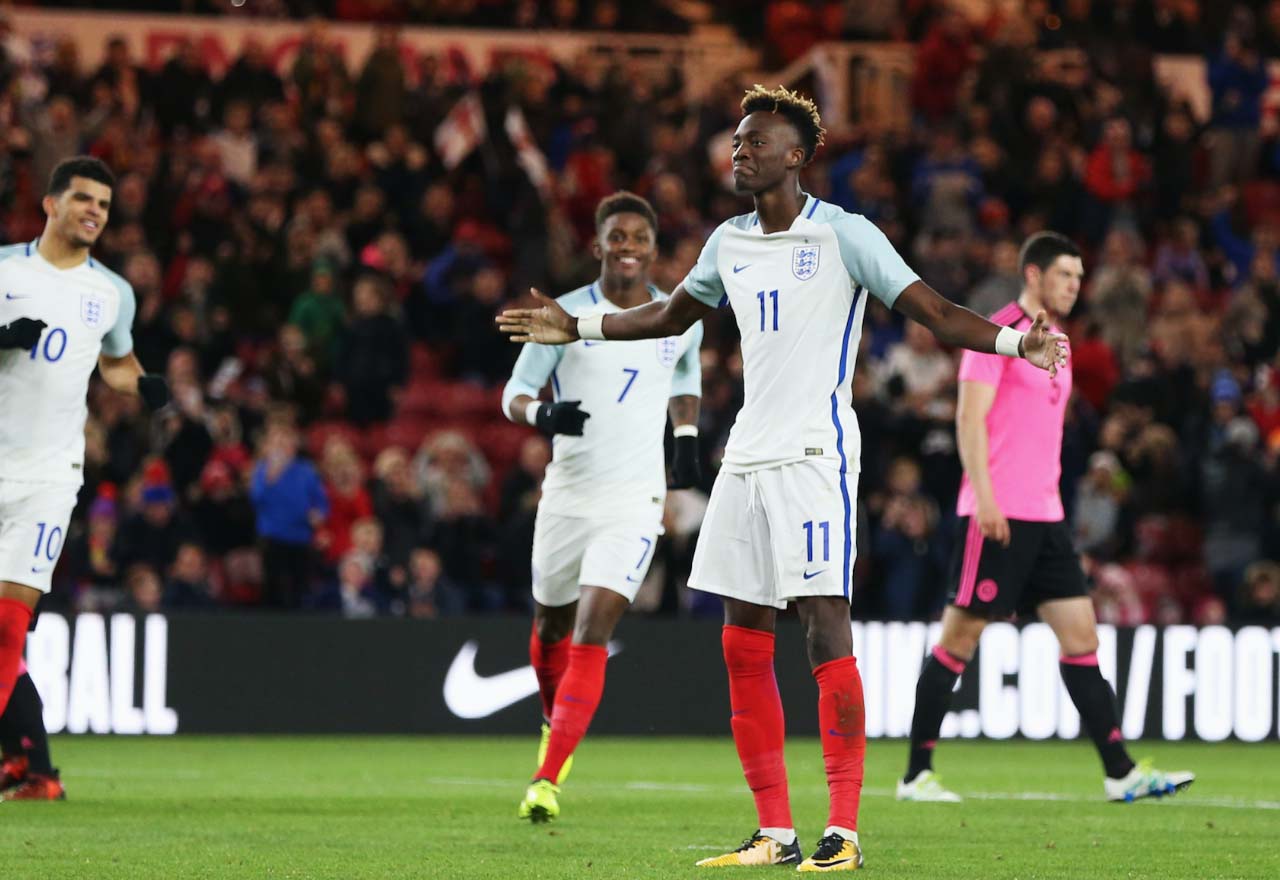 Tammy Abraham is a full England international. Let that sink in a second…

The Chelsea academy product is destined for greatness, and is already well on his way. He was called up by Gareth Southgate for the upcoming international friendlies alongside fellow Blue Ruben Loftus-Cheek.

The call-up represents just how straightforward the transition into Premier League life has been for Abraham. This is the level that he belongs at, and barring any major injury or downward turn in his development, he could etch his name into the country’s hall-of-fame.

Abraham took to Instagram to share the below photo of himself battling with West Ham United goalkeeper Joe Hart. He’s probably still pinching himself!

What’s the next step for Abraham?

Abraham needs to be playing regular first-team football in order to continue his development. It seems unlikely that he’ll get that at Chelsea, battling with Alvaro Morata and Michy Batshuayi.