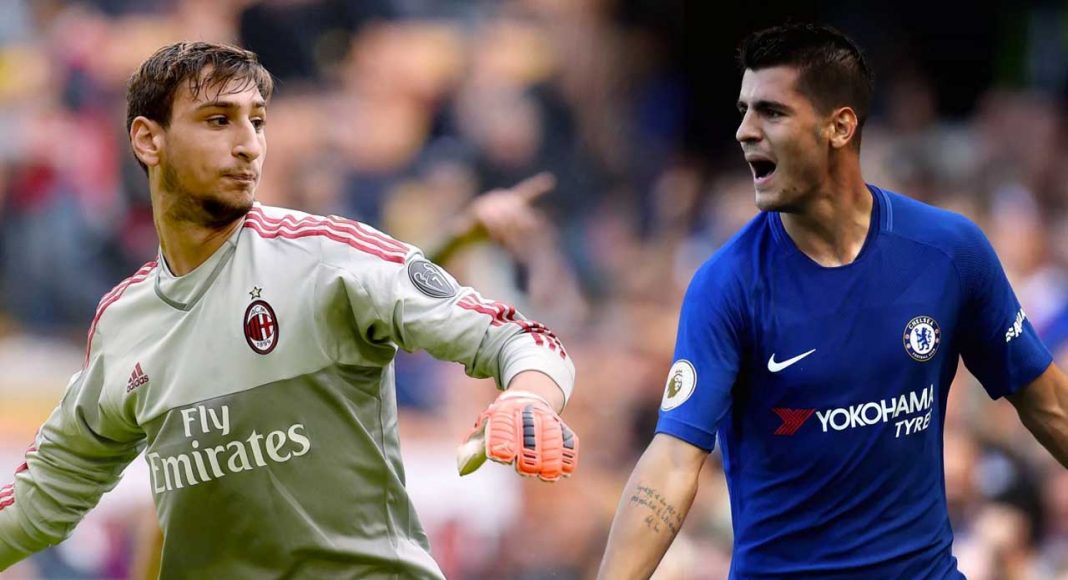 Chelsea and AC Milan could look to negotiate a swap deal which would see Alvaro Morata and Gianluigi Donnarumma secure moves away from their respective clubs this summer.

Both Chelsea and AC Milan are two sides that are among the most renown in European football, but have slipped and stumbled in recent seasons. As a result, neither side will be playing Champions League football next season.

Having missed out on the financial benefits of playing in the competition, you’d imagine that they’d be hoping to do their business on the cheap this summer. Plugging holes without mass expenditure would presumably suit both parties.

That’s why this report, however outrageous it may seem a first, actually makes quite a lot of sense. Italian newspaper Corriere dello Sport believe that Morata and Donnarumma could actually swap clubs this summer.

AC Milan have been one of several Italian sides linked with a move for Morata this summer, while Donnarumma would be a superb replacement for Thibaut Courtois, should he depart. Whether or not it’d be a straight swap or there’d be cash involved too remains to be seen.

What do you think, Blues? Let us know in the comments.

This would be a very shrewd and masterclass business by both clubs and especially Chelsea if the young Milan safe hand is favourably disposed to the arrangement of the two Clubs. Chelsea undoubtedly have particularly in the immediate past season been tormented by frequent distracting flirting of Courtois with la… Read more »