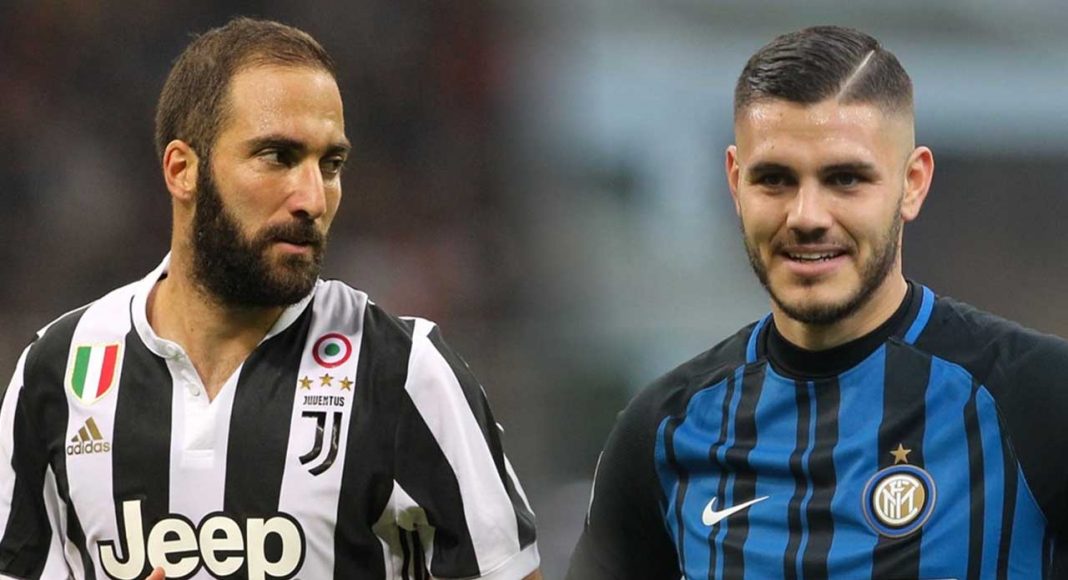 Chelsea could soon be forced to cross two names off of our summer striker wish-list, according to reports in Italy.

Following the disastrous second half of the 2017/18 campaign that Alvaro Morata endured, it’s widely believed that we will look to the transfer market in search of a new striker this summer.

Two players that we have been linked with in recent weeks are Inter Milan’s Mauro Icardi and Juventus’ Gonzalo Higuain. Both are thought to be desired by incoming manager Maurizio Sarri.

However, Sarri’s first few days at the office could be marred by frustration, with Chelsea poised to miss out on both of the aforementioned hitmen.

Tuttosport report that Icardi’s agent, Wanda Nara, is working on a deal which will see Icardi move to Turin and Higuain head the other way. The proposed deal is Higuain plus between €40M-€50M.

Whether or not this particular move materialises remains to be seen, but if it does, Chelsea and Sarri will be forced to look elsewhere.

Previous articleChelsea target hands in resignation to current club, Blues could bypass €100M clause
Next article‘I will get my chance’ – Chelsea loanee putting past failures behind him and focusing on Blues dream