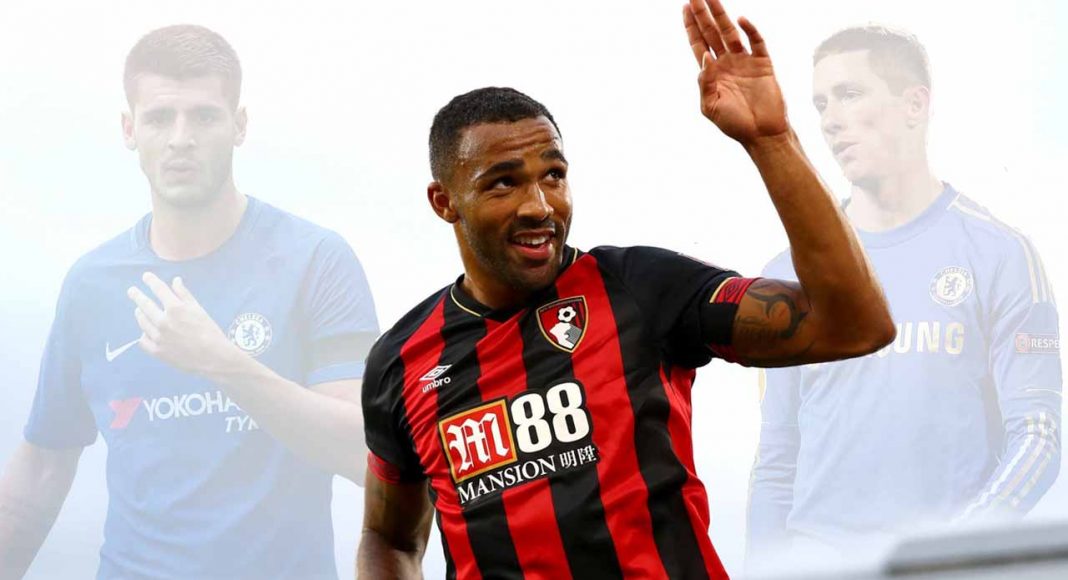 Chelsea are prepared to spend as much as £50M on Bournemouth striker Callum Wilson, according to information published by Sky Sports.

Wilson has scored 10 goals in 18 appearances for Bournemouth this term, but is yet to prove during his career that he is capable of performing under the pressure of the expectations that come with playing for a big team.

That’s not to say that he isn’t capable of making that transition, but it’d be a huge risk, especially at £50M. That’s also not taking into consideration the fact that he has come back from two ACL ruptures to scale these heights. It adds to the risk factor.

For those who, like us, would like to see a striker with higher pedigree that Wilson arrive this month, don’t fear. Sky Sports note that Wilson is a plan-B in case we are unable to tie up a deal to sign Gonzalo Higuain from AC Milan this month.

Perhaps we should have a more suitable contingency plan lined up, but poor planning in the transfer market has been a common theme at Chelsea in recent years. Let’s hope that our pursuit of Higuain ends in success.

I think both of these are a gamble and possible waste of money. Wilson for 50m? Someones having a laugh. He is a good player, no doubt, but with ACL injuries, and what is he, 27? I dont think he is worth 50m. And Higuan at 31? 50m? Never. Its… Read more »