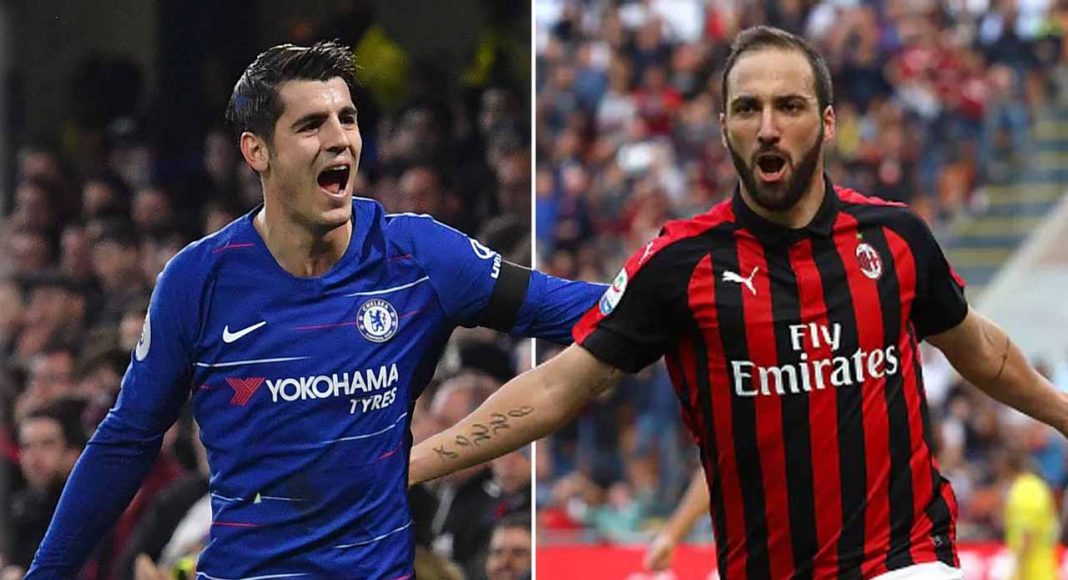 Gonzalo Higuain will become a Chelsea player this winter, with Alvaro Morata heading the opposite direction, according to Sport Mediaset.

Chelsea fans’ desperation for a new centre-forward has intensified in recent months as a result of both Morata and Olivier Giroud’s inability to find the back of the net on a regular basis.

A new striker is a must this winter if we want to have any chance of finishing in one of the Premier League’s Champions League qualification positions.

We are desperate, and Chelsea look set to compromise.

Sport Mediaset believe that the details are being finalised on a deal which will take Higuain to Chelsea on-loan for the final six-months of the season. We will have the option to purchase him permanently in the summer.

Morata will be heading in the opposite direction, with Milan taking the second most expensive signing in Chelsea’s history on-loan for 18-months. At least we’d be rid of him.

We really hope that this is true. Though Chelsea have a club policy which complicates the signing of players over the age of 30, a six-month loan would bypass that.

Higuain remains one of the best strikers in the world and a reunion with Maurizio Sarri could prove to be a masterstroke. Let’s get this done.

Previous articleTransfers: Chelsea linked with Atletico star, player recently in London, €150M clause
Next articleChelsea injury news: One out, one returning for trip to Watford this evening