Tottenham Hotspur have made their move to try and sign Chelsea target and Aston Villa midfielder Jack Grealish.

Grealish lost his way, he’d be the first to admit that. He is, however, back focusing on doing what he does best – playing football.

His commitment to the cause at Villa last season was evident. It was arguably the best season of his professional career so far, and it does not appear to have gone unnoticed.

According to Sky Sports, Chelsea are interested in signing the 22-year-old, along with Fulham and Leicester City.

It’s Tottenham who have made their move first, though. As per Sky Sports, Mauricio Pochettino’s side have offered £15M in exchange for Grealish, which is thought to be some way below their valuation.

The report claims that Villa are more likely to entertain interest from Chelsea, as we would be prepared to loan him back to them for the 2018/19 campaign. It’s a long summer, let’s wait and see what happens. 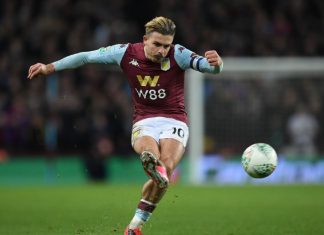