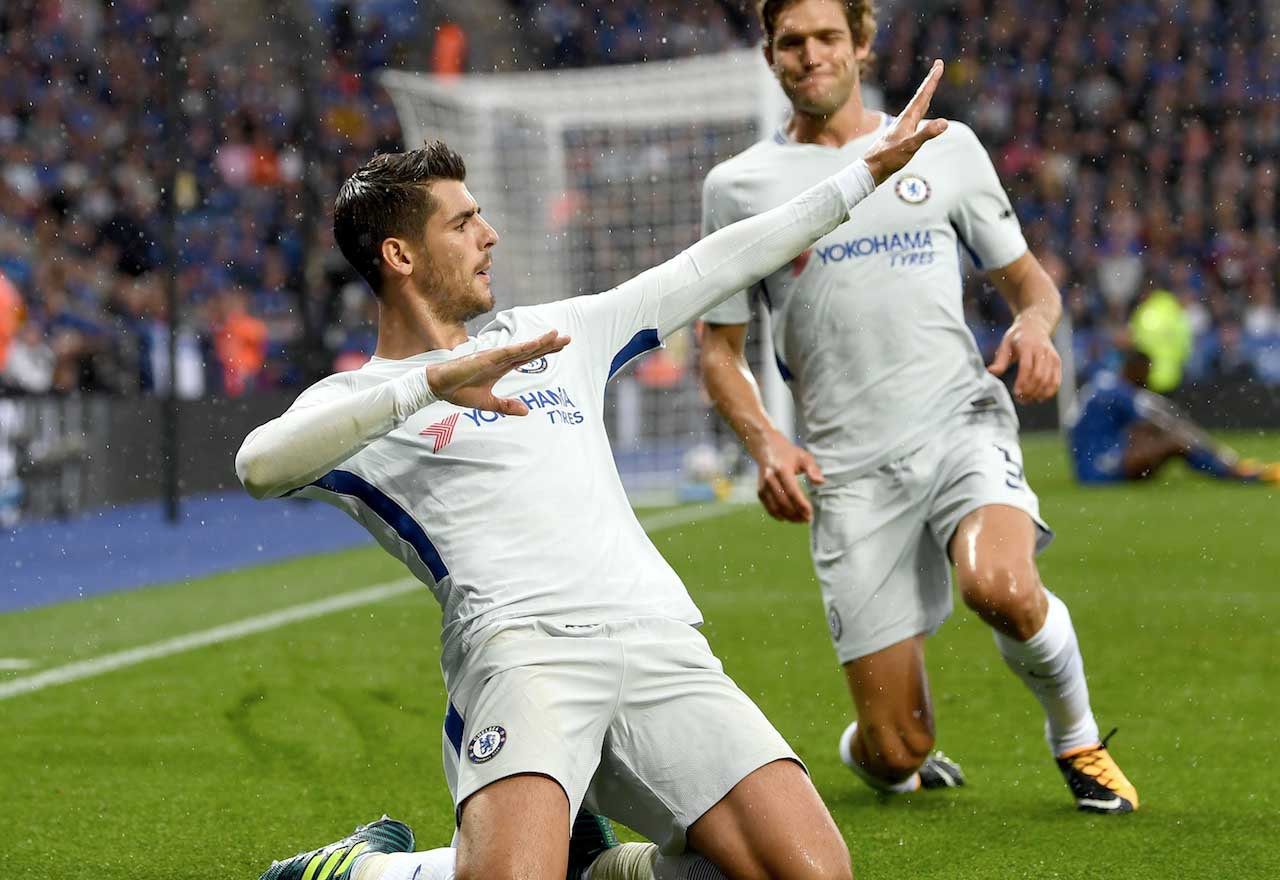 Alvaro Morata is on fire! The Spaniard bagged his third Premier League goal of the season against Leicester City on Saturday afternoon as the Blues triumphed 2-1.

We are all now well accustomed to Morata’s brilliance in the air, and his latest goal was just a matter of utilising that strength. Cesar Azpilicueta delivered a fantastic cross from the right-hand-side to his compatriot, and Morata made no mistake.

It’s early days, but it looks as though Chelsea have bagged a gem.

MORATA headed goal ⚽️ This man can really score them 🙌🏾🔥😏