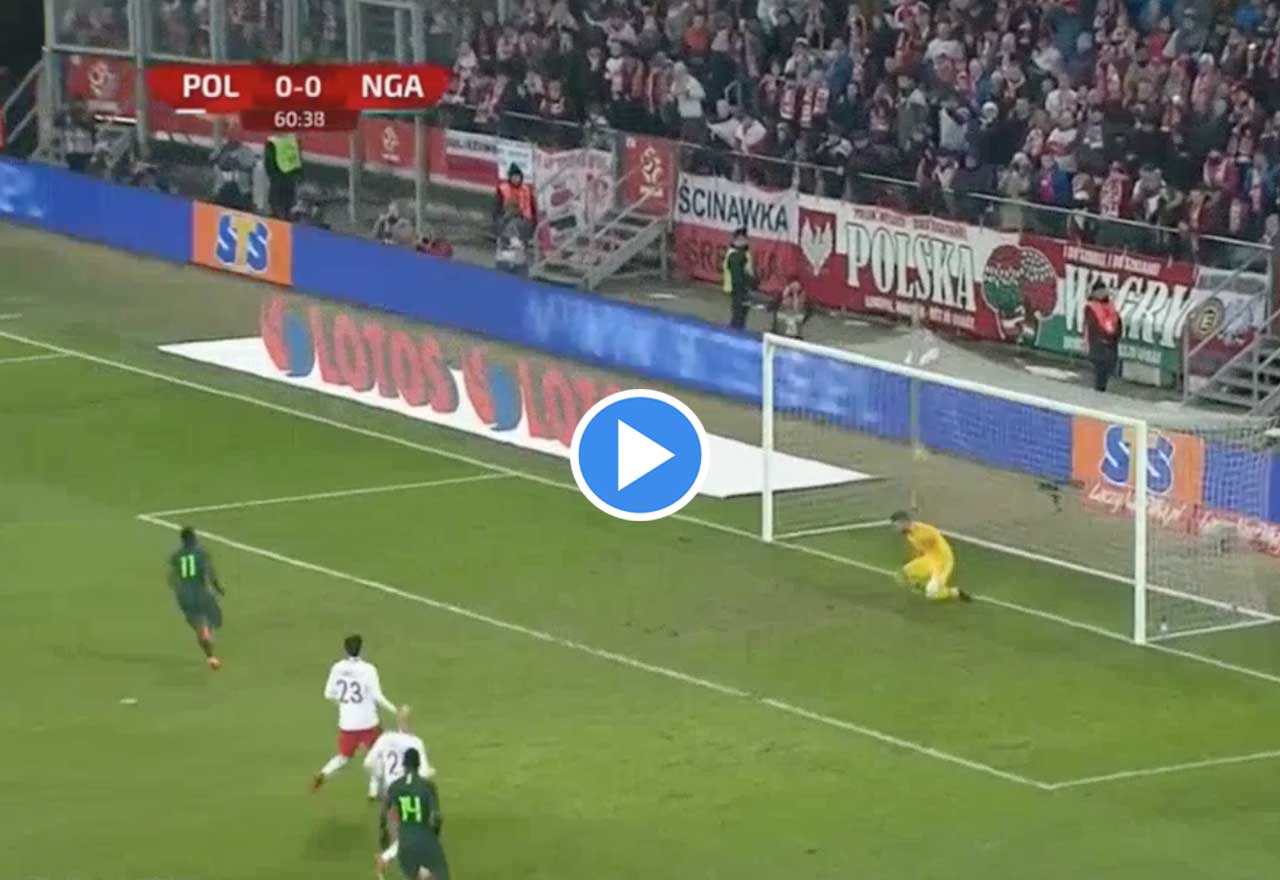 Chelsea wing-back Victor Moses scored the only goal of the game for Nigeria during their 1-0 victory over Poland on Friday night.

Moses found the back of the net from 12-yards during an international friendly with the Super Eagles.

He appeared to dive in order to win the penalty, with the Polish defender withdrawing his leg from the challenge and Moses toppling over anyway.

Regardless of whether it was a deserved penalty or not, the Premier League champion stepped up to the mark and found the back of the net as cool as you like.

We’ve seen that technique before…

It looks as though Moses has been taking penalty lessons from teammate Eden Hazard, who is one of the best in the business from the spot.