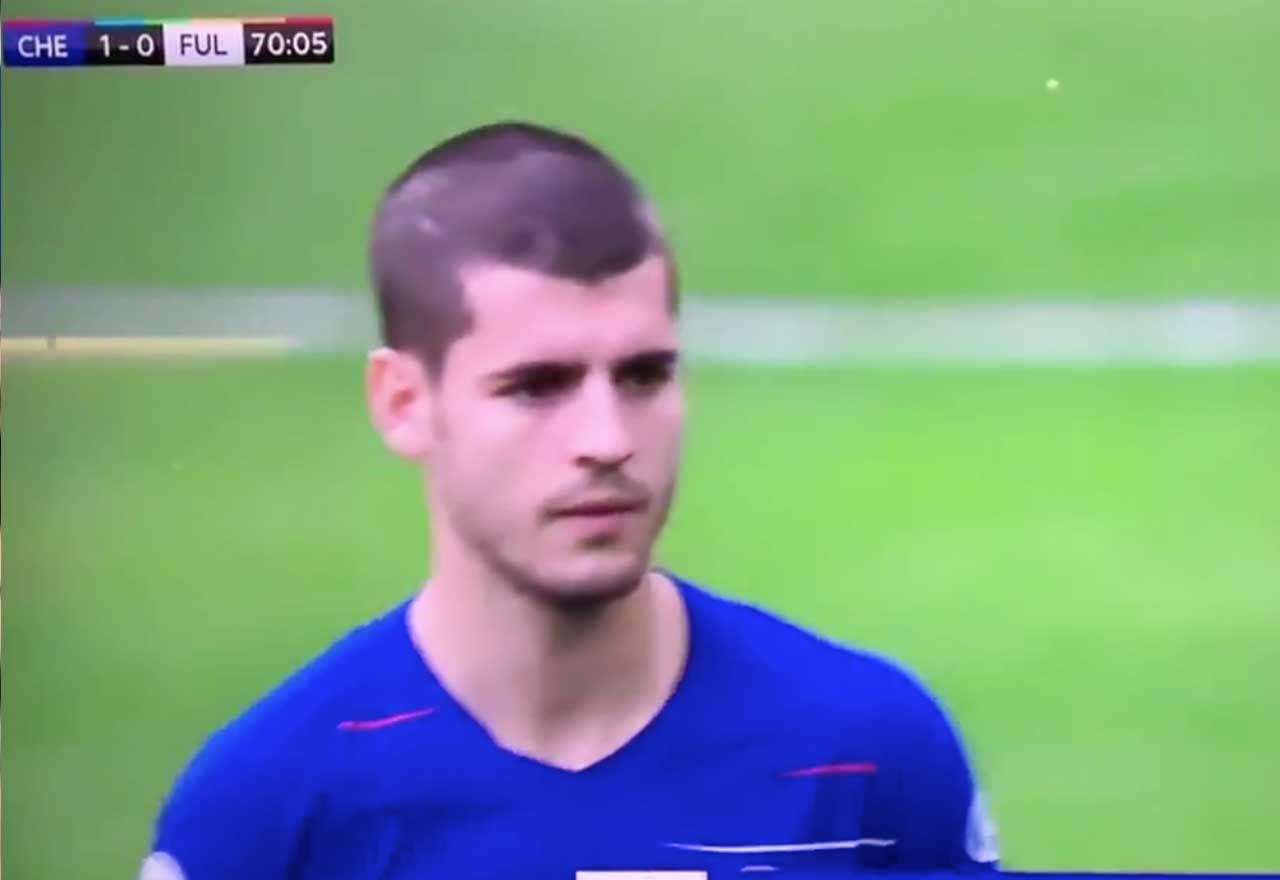 Alvaro Morata’s first touch after coming on as a substitute against Fulham was, well, typical Alvaro Morata.

Though he has showed signs of promise this season, notably during his recent flurry of goals, there’s very few out there still convinced that he’s the right man to spearhead our attack.

Morata proved those doubters right again with his cameo against Fulham on Sunday afternoon. Not only did he miss an absolute sitter from just four-yards out, but the Spaniard’s first touch on the field of play was quite hilarious.

The 26-year-old strolled onto the pitch, took up a position on the right-wing and managed to give away possession after just two touches of the ball. Have a look at this.

We need to upgrade on both Morata and Olivier Giroud at the earliest possible opportunity if we want to be serious contenders for the Premier League title. Arsenal have TWO strikers that’d start for us – how on Earth did that happen?

(Video) Chelsea turn on the style and Ruben Loftus-Cheek adds a second
(Video) Loftus-Cheek, and an enormous slice of luck, give Chelsea lead over Wolves