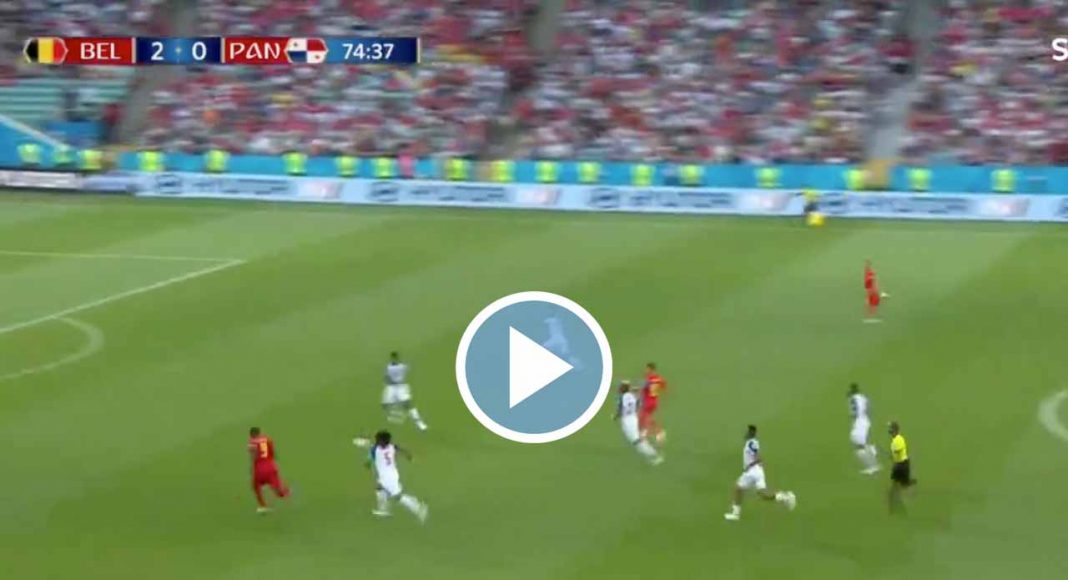 Eden Hazard notched his first direct goal contribution of this year’s World Cup with an assist for Romelu Lukaku against Panama.

Hazard embarked on one of his trademark drives through the heart of the midfield before releasing former Blue Lukaku through the middle, who cooly dinked the ball over the Panamanian goalkeeper and into the back of the net.

With Belgium being one of the favourites to win this year’s World Cup, Hazard has a great chance of getting his hands on the coveted trophy.

He is Roberto Martinez’s captain, and he’s led by example in his side’s opening group game. It’s only a matter of time before he gets on the scoresheet himself.