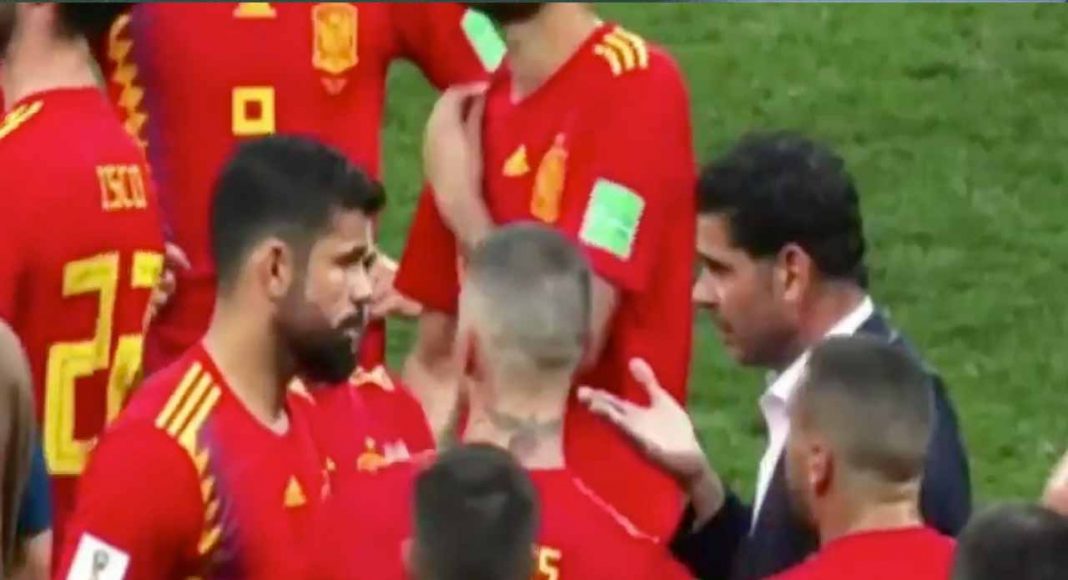 Former Chelsea striker Diego Costa has psychic powers, he proved it as Spain bowed out of the World Cup after losing to Russia on penalties.

Chelsea fans will still have a place in their hearts for the Spaniard. Irrespective of how it ended, he was influential in two Premier League title triumphs and will go down as one of the greatest strikers ever to pull on a Chelsea shirt.

Having re-joined Atletico Madrid last summer, Costa will have furthered his understanding of Atleti and La Roja teammate Koke. So much so, in fact, that he KNEW the 26-year-old was going to miss in the shootout before it happened.

Costa was caught on video even trying to warn Spain manager Fernando Hierro that Koke would fluff his lines. Hierro decided to ignore Costa’s advice, insisting that Koke was capable from 12-yards. Is there anything Costa can’t do?

Have a look at the footage below.