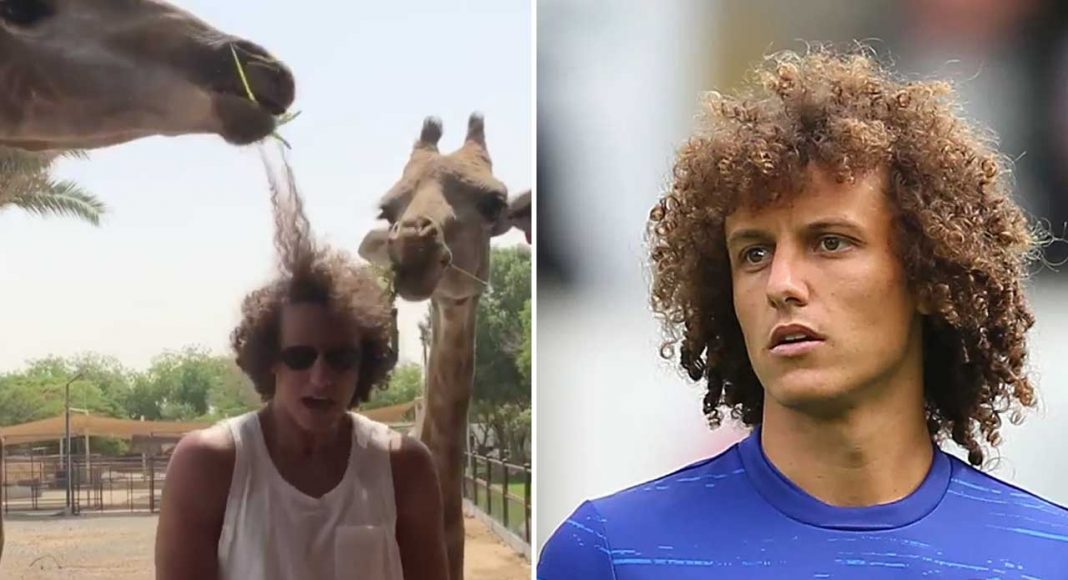 David Luiz appears to be enjoying his time off following the end of a strenuous season for him on a personal level.

In truth, Luiz barely lifted a finger last term. He was injured for the majority of the 2017/18 campaign, as well as being dropped from the side by manager Antonio Conte and indefinitely replaced by Andreas Christensen.

As a result, he will not be going to the World Cup with Brazilian, Willian is the sole Chelsea representative in the squad that Tite selected to take to Russia. Luiz will spend the summer doing whatever he wants, until the Chelsea squad join up for pre-season, of course.

Luiz is a bit of a weirdo, let’s not beat around the bush here. Of course he would choose to spend his holidays feeding giraffes out his mouth. He ought to be careful here, though, one of the giraffes ended up with a mouthful of his hair. He can’t afford to lose it, it’s his trademark!