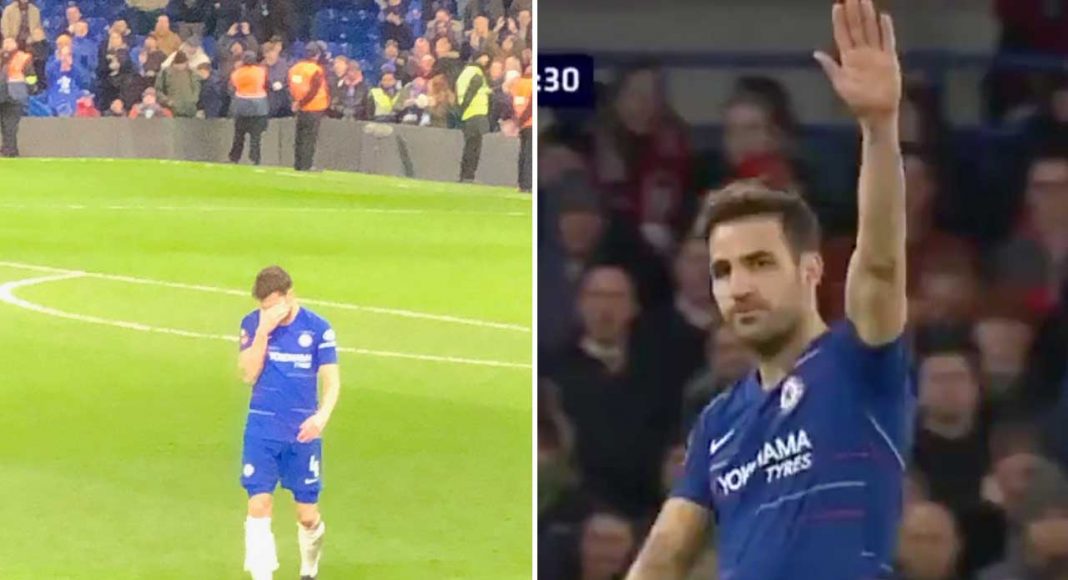 Cesc Fabregas waved goodbye to the Chelsea supporters as he left the field during our 2-0 victory over Nottingham Forest this afternoon.

Fabregas appears to be on the verge of reuniting with Thierry Henry in Monaco. He was given the opportunity to feature in one final game for the Blues, perhaps to say his goodbyes to the fans who have provided him with unwavering support over the past four-and-a-half-years.

The Spaniard took his opportunity as he walked off as a substitute late in the second-half. In case there was any doubt that Fabregas’ time as a Chelsea player was coming to an end, he embraced David Luiz before patting the badge and waving to the supporters.

He also came back on the field after the full-time whistle to continue his goodbyes. The emotion of it all appeared to be too much for Fabregas, who broke down in tears in front of the Chelsea supporters who stayed behind to show their love and affection for him.

Fabregas in tears as he says his goodbyes at Stamford Bridge for a final time. pic.twitter.com/Xhcs66fZ5V

Fabregas has been an exemplary servant to Chelsea football club. Who would have thought it? A former Arsenal captain becoming a cherished member of our squad. Few would be able to achieve such a feat, and it says so much about him as a person and a professional.

We love you, Cesc.

Previous article(Video) CLASSIC MORATA: Striker adds his second a minute after producing miss of the season
Next articleChelsea set impressive FA Cup record with third round triumph over Nottingham Forest