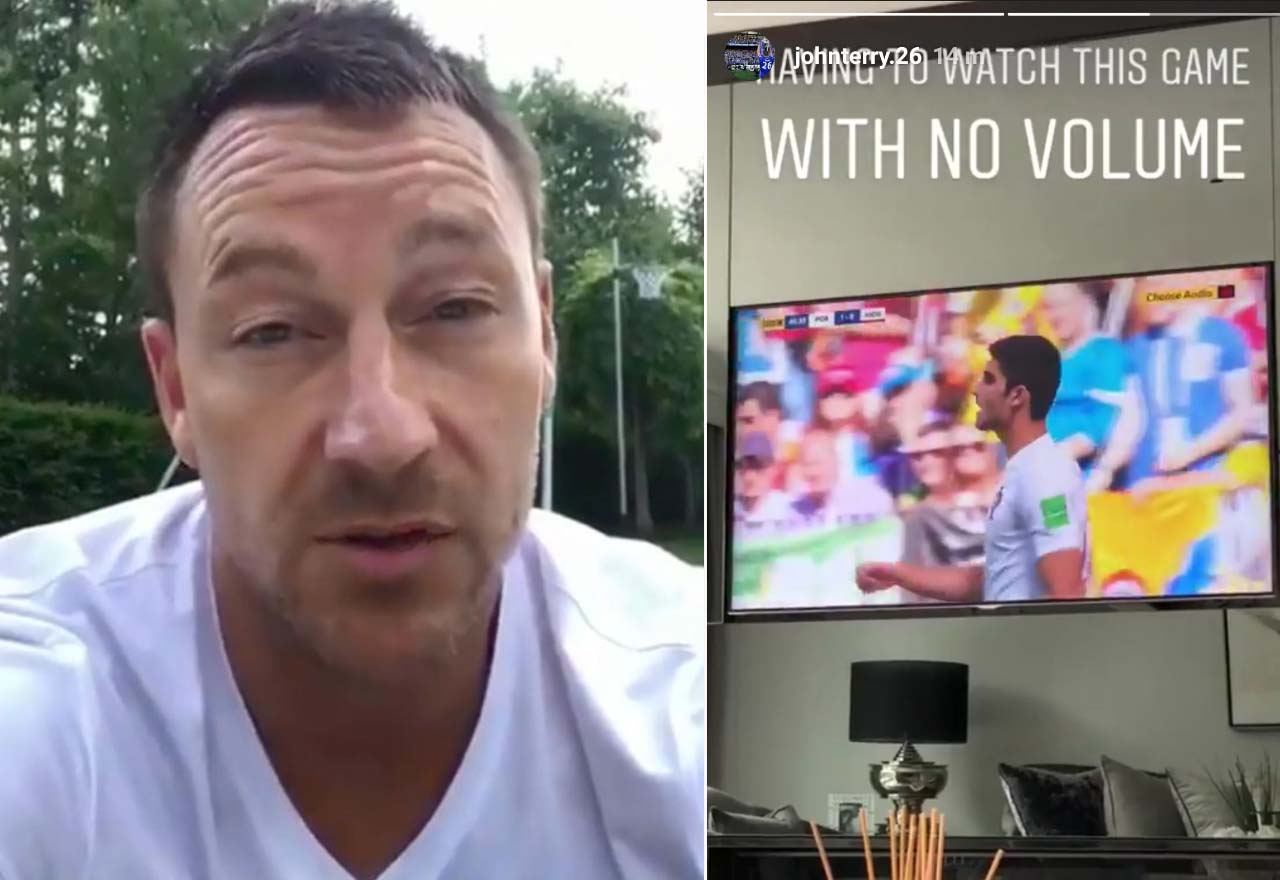 Chelsea legend John Terry has been forced to take to Instagram to rubbish sexism claims which have been made against him.

This is John Terry we’re talking about. It would be a different story if he had a history of mistreating women, but the guy’s an angel.

He posted the below photo on his Instagram story on Wednesday afternoon, revealing to his followers that he was watching Portugal’s 1-0 win over Morocco with the sound off.

John Terry providing his opinion on the BBC’s decision to have a woman commentate on Portugal v Morocco.. 😂😂 pic.twitter.com/VVHM6yHnrP

Terry was, as you can see in the photo, watching it on the BBC. Providing commentary for the game was Vicki Sparks, a female commentator, which are admittedly uncommon.

Sparks’ gender could not have been more irrelevant as he displayed her extensive football knowledge throughout. So much as having to acknowledge that may be seen as patronising.

Terry, though, was accused of something far greater – sexism.

He later took to Instagram once more to rubbish said claims. He insists that the audio was in fact broken, hence why there was no sound on the broadcast.

Do you believe him, Blues?

Ex-Juventus CEO fuels speculation Chelsea could sign star in £70M deal
‘Can you guys keep a secret?’ – Midfielder intriguesfans with cryptic 3am tweets