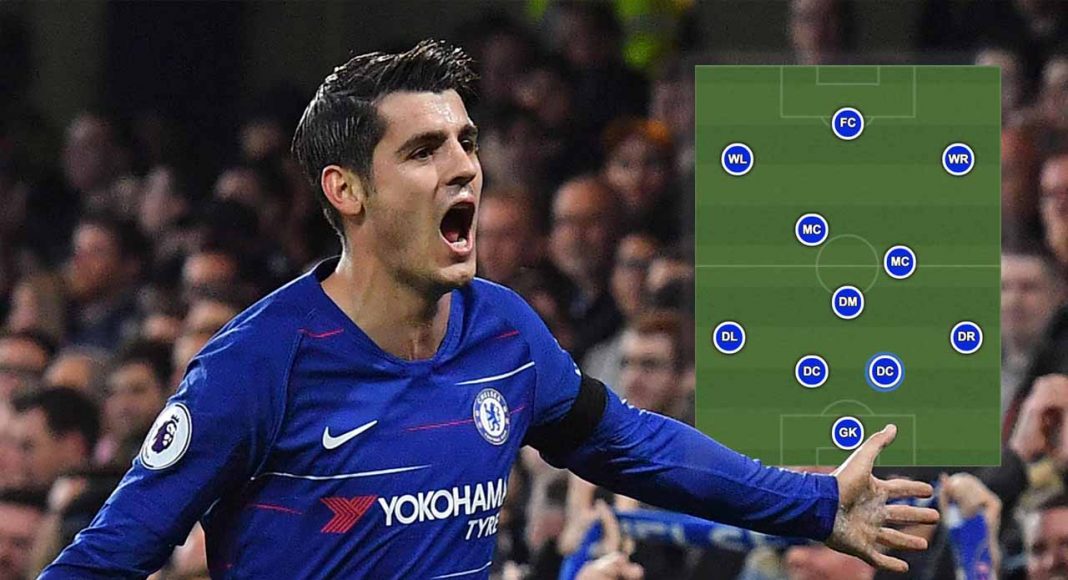 Chelsea host Southampton at Stamford Bridge tomorrow evening, and we’ve had a punt at predicting how Maurizio Sarri will structure a starting eleven out of his injury-ridden group of players.

As mentioned in our injury report, six players have respective problems ahead of our clash with the Saints tomorrow. Sarri’s options in both attack and midfield are severely limited as a result.

In an ideal world, the Italian will have liked to rotate his side over this busy period, but there will be no rest for the likes of Eden Hazard, N’Golo Kante and Jorginho. We have no available players to take their place.

However, we would expect both Emerson Palmieri and Andreas Christensen to be given an opportunity to shine. David Luiz’s legs will be run-ragged with the amount of football he’s been playing, and Marcos Alonso didn’t have legs to begin with!

Unfortunately, Alvaro Morata will likely start from the beginning. We really hope that he is able to produce for us, but with every poor performance our hope fades away a little more.

Taking all of the aforementioned into account, here’s our we predict Chelsea will lineup for tomorrow’s game. Let us know your thoughts on Twitter @TalkChelsea, where you can also follow our coverage of the game tomorrow night.