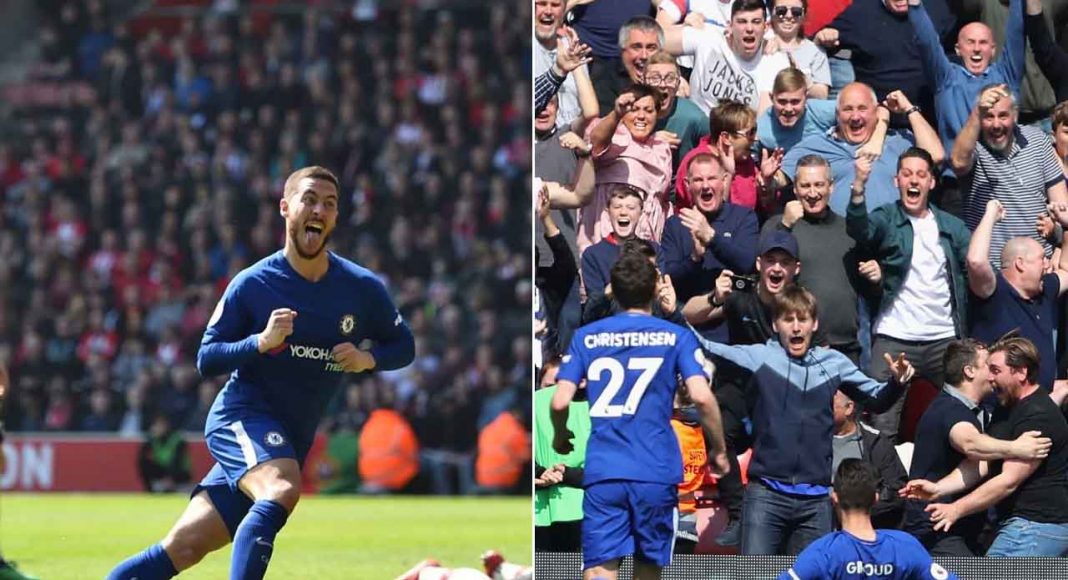 It looked as though our top four hopes were set to come crashing down on us at St. Mary’s. The home side led by two following goals from Dusan Tadic and Jan Bednarek.

Southampton had all-but signed and sealed a crucial victory in their bid to maintain their Premier League status, but Chelsea had other ideas.

Substitute Olivier Giroud bagged a brace, with an emphatic finish from Hazard sandwiched in between, to secure Chelsea all three points. It was almost certainly the most dramatic comeback we have seen under the stewardship of Antonio Conte.

Hazard doesn’t attribute the win to himself, Giroud, or any of his other teammates – rather the travelling supporters.

The Belgian is quoted by the Daily Star singing the praises of the Chelsea faithful:

“It was great to do it for the fans, because they showed great desire to push us on from the stands.”

“The fans are always good and they support us away from home too. In the end, I think we deserved the win.”

“For sure, they are exactly that [the 12th man]. It wasn’t easy because we were two-nil down, but they supported us and continued to sing and scream for us.”

“I think we have to credit the victory to them for the way they pushed us.”

As the Daily Star report, Hazard has been continually linked with a move away from Stamford Bridge this summer.

Real Madrid are thought to be interested in signing him, and an opportunity for Hazard to work alongside childhood hero Zinedine Zidane at the Santiago Bernabeu would undoubtedly be difficult to turn down.

However, Hazard clearly recognises the affection the fans have for him, and that appears to be reciprocated. He ought to stay put and secure legend status at Chelsea.