Talk Chelsea
Home News Eden Hazard: This is what I need to be happy at Chelsea 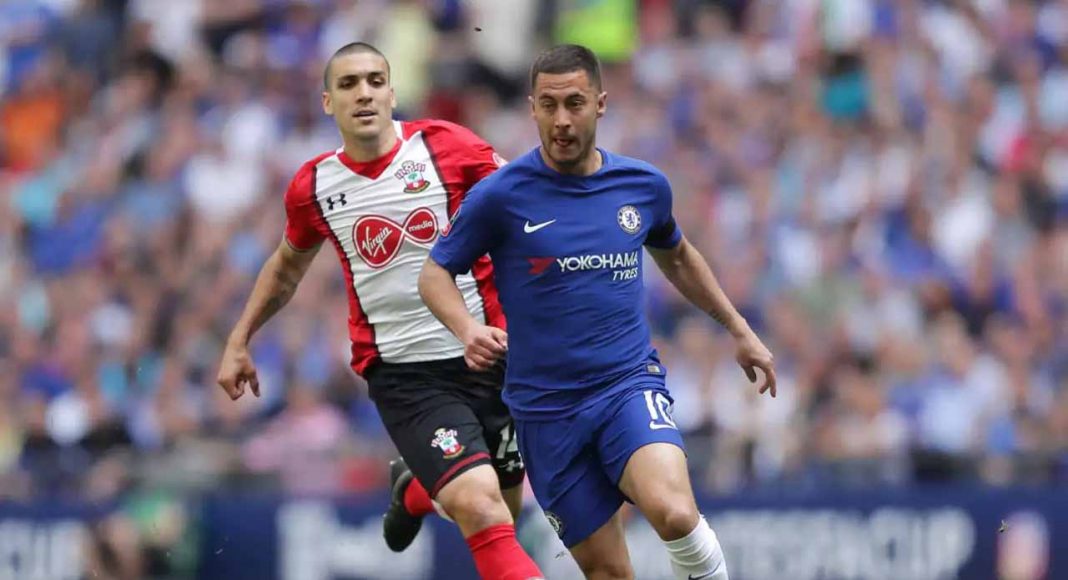 Chelsea superstar Eden Hazard has revealed what he needs to happen in order for him to be happy with the Blues.

Hazard’s season has been a mixed bag. The Belgian missed the start of the season through injury after fracturing his ankle while on international duty with his country in June.

After returning to full fitness, he enjoyed a superb few months, he was well and truly back to his best.

However, at the beginning of 2018, his form tailed off, and Hazard has gone of the boil somewhat in recent months.

The 27-year-old was at his brilliant best on Sunday as Chelsea defeated Southampton to book their place in the FA Cup final against Manchester United.

Even if Antonio Conte’s men are able to win the competition and finish the campaign with a medal around their neck, Hazard doesn’t believe it’s enough to save their season.

Hazard is quoted by the Metro revealing that the only thing that can make him happy at Chelsea is success:

“When we are not winning, I cannot be happy. We are fifth in the Premier League and we are out of the Champions League. We didn’t win the League Cup. So it is a bad season.”

The unfortunate reality is, if we’re not winning things, Hazard may well look to move elsewhere. There will be no shortage of interest, and he could soon be provided with a chance to join Real Madrid.

It would be a disaster for Chelsea if we lost Eden Hazard at the end of the season.He has the sort of all round class which would be impossible to replace.Hazard is a joy to watch,and would compliment any team in the world.I have been a Chelsea fan for over… Read more »