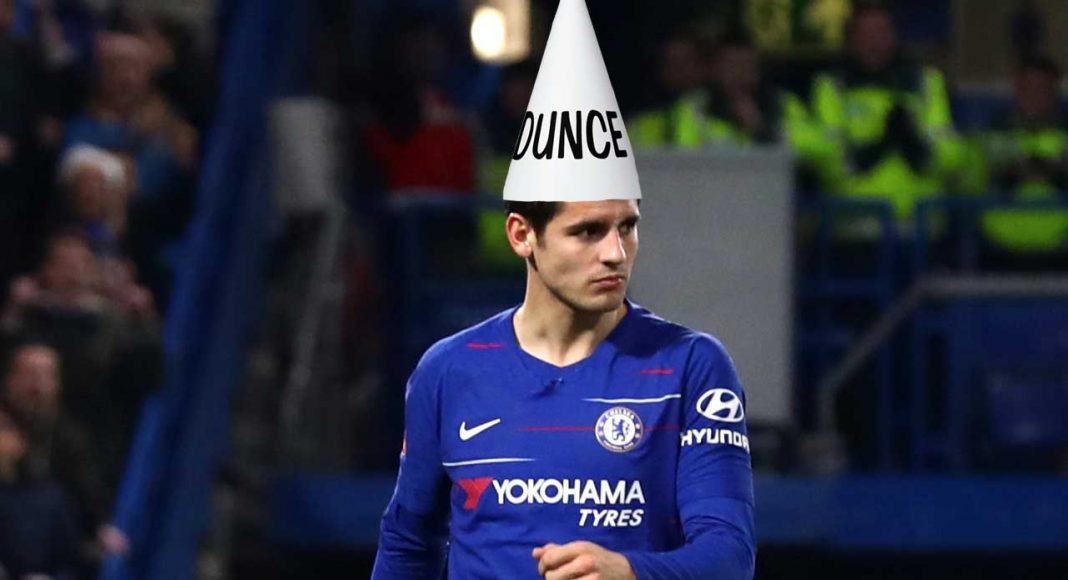 Welcome to this weekend’s edition of three things you probably missed, this time for Chelsea’s 2-0 victory over Nottingham Forest in the FA Cup third round.

did.. did a Forrest fan throw a hamburger at CHO? wtf?? pic.twitter.com/L4ENoVeX2b

Callum Hudson-Odoi, indisputably man of the match for today’s match, was pictured taking a hamburger off the field of play, which had presumably been thrown onto the field by a Forest fan.

The burgers they sell at the Bridge aren’t cheap. He wouldn’t have judged him if he decided to munch on it in front of 40,000 fans.

Can he do anything right?

During the first-half of the game, Alvaro Morata was (quite clearly) fouled by the Forest defender, but the referee waved away his calls for a free-kick.

Morata proceeded to signal for the use of VAR, which was not being used at Stamford Bridge today. Why didn’t anyone tell him?

2 – Callum Hudson-Odoi is the first teenager to assist two goals in a single competitive fixture for Chelsea since Scott Sinclair versus Leicester in October 2007 (League Cup). Sparkling. pic.twitter.com/LBOVauSKwW

Morata had the exact same facial expression both after he scored and while being withdrawn as a substitute – utter contempt. For what, we’re not sure, but he’s not a happy man.

With the transfer window open, there’s every possibility that Morata will leave this winter. If this face is the last we see of him, it won’t exactly be a joyful climax.