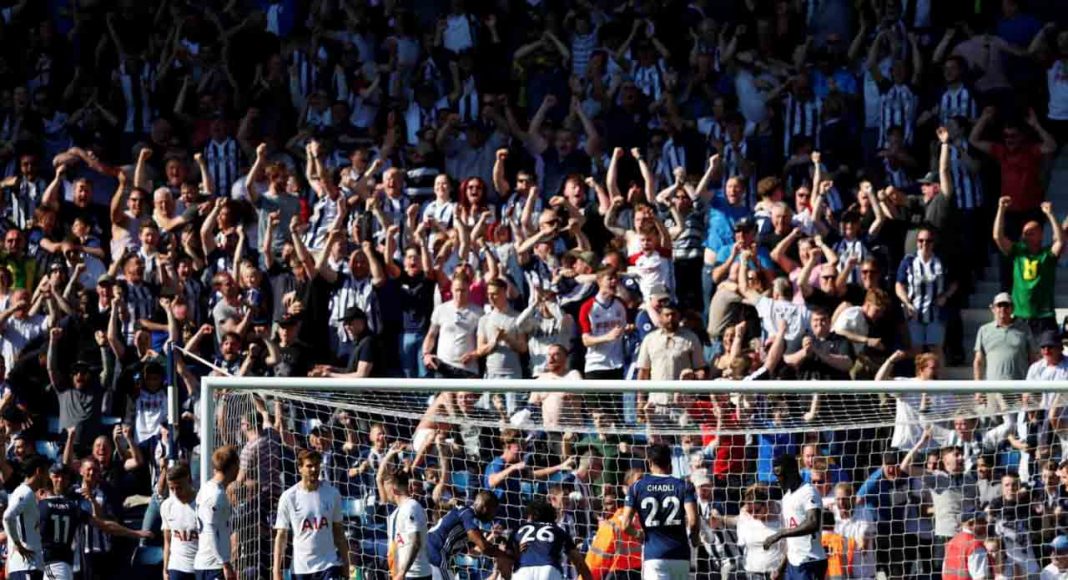 There are three certainties in life; death, taxes, and Tottenham Hotspur capitulating at the tail end of a Premier League season.

They did it in 2015/16, their most realistic shot at winning a title for years. Mauricio Pochettino’s side imploded and gifted the title to Leicester City.

You may recall, it was us that signed and sealed the title for the Foxes, drawing 2-2 with Spurs at Stamford Bridge after a late (and great) goal from Eden Hazard.

Tottenham ‘put the pressure on’ last year, but finished the season with nothing to show for it. It was OUR name on the trophy, as it usually is.

They have put themselves at risk of another ALMIGHTY bottle-job now, too. A 92nd minute winner from Tottenham academy product Jake Livermore handed the previously doomed West Brom an unlikely lifeline, and put Spurs at risk of falling out of the top four.

We’re in for an interesting end to the season Blues, so strap yourselves in and enjoy the ride!