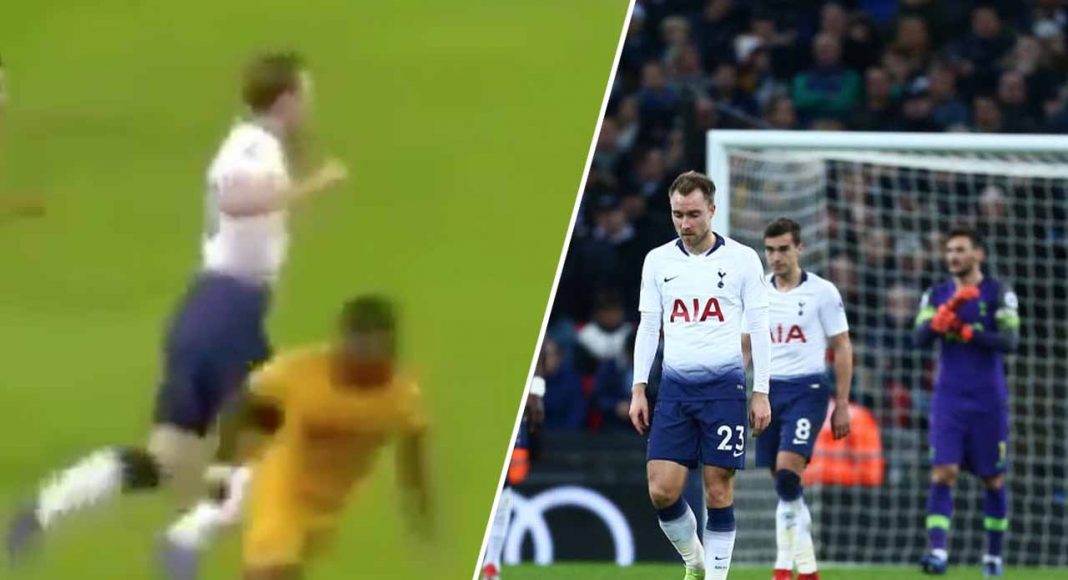 Harry Kane, MBE. Doesn’t have much of a ring to it, does it?

Kane may have been included in the New Year’s honest list, but it’s been a pretty poor weekend for the England captain thus far.

When he fired home a gorgeous strike from outside the penalty area against Wolves, Kane must have thought that the universe was on his side.

Not only did Wolves overturn the deficit and leave Wembley with all three points, having scored three goals, Spurs’ golden-boy Kane was also booked for diving.

Oftentimes, the media adopt a preferential standpoint when it comes to this sort of behaviour from English players. They can’t this time.

Kane’s dive was blatant, and in truth, a really poor attempt at deceiving the official. If you’re going to do it, you might as well do it properly.

If seeing the Spurs scoreline wasn’t enough to put a smile on your face today, this clip will certainly do the job…

Shocking attempt to cheat from Harry Kane. @FA two game ban at least. @RoyalFamily strip him of his MBE, a poor example to children. pic.twitter.com/BSeGSs7y0n