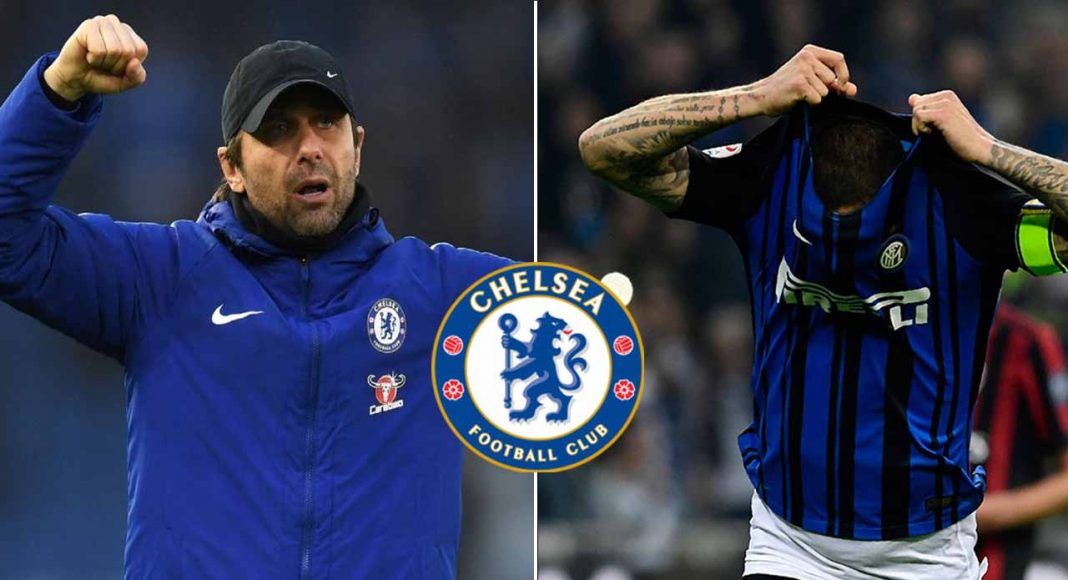 Chelsea have been offered considerable encouragement in our reported pursuit of Inter Milan goal-machine Mauro Icardi.

Icardi is on fire. The Argentine has found the back of the net 22 goals in 26 appearances for Inter so far this campaign. He is establishing himself among the best strikers in the world with his stellar performances this term.

As per the Metro, Chelsea previously made a move to sign Icardi. It was claimed that we submitted a £55M offer in exchange for the 25-year-old, but the move never materialised.

If we are still interested in signing Icardi, we have just been handed a major boost.

Calciomercato report that La Liga heavyweights Real Madrid will ditch their pursuit of the Inter goal-machine if he doesn’t ditch his wife, Wanda Icardi, as agent.

The Italian publication claim that Icardi’s release clause stands at €120M (£105M). Is that a price you’d be willing to pay to sign him, Blues?

Previous article‘I WILL BE AT CHELSEA NEXT YEAR’ – Chelsea star gives fans news we’ve all been waiting for
Next articleAlvaro Morata found unique, superstitious way to end 13-game goal drought