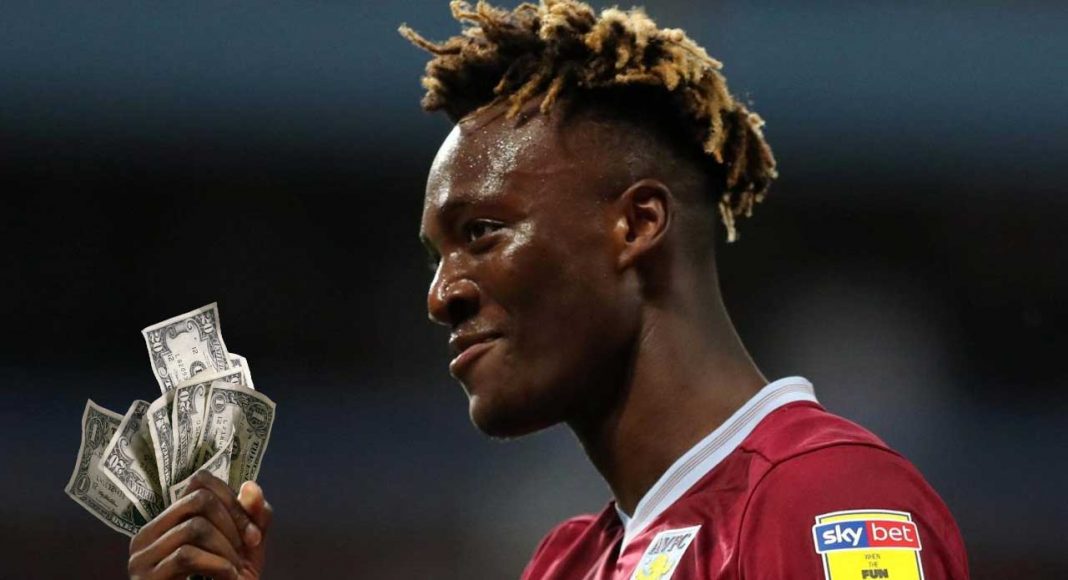 Tammy Abraham looked to be on his way to Wolves on-loan, but new reports have claimed that the Premier League side haven’t given up hope of signing him permanently.

Abraham has been in superb form with Aston Villa in the first-half of the season. He has 16 goals in 20 appearances to show for his time at Villa Park, but we can all agree that he’s too good to be playing in England’s second division.

Though he struggled to convince while on-loan at Swansea City, he can utilise the confidence he’s playing with right now to help ease the transition into life back in the Premier League. Now is the perfect time for him to make the step-up.

A loan to Wolves, on paper, would be a good fit for Abraham, but we ought to be wary of their intentions. The Sun report that they remain keen on signing him permanently, and are prepared to offer him serious cash in hope of convincing him.

It’s claimed Abraham would earn as much as £120K-a-week if he signed for Wolves. The game’s gone mad! Fingers crossed he isn’t just another youngster driven by money and will reject any offers of a permanent move away this month.