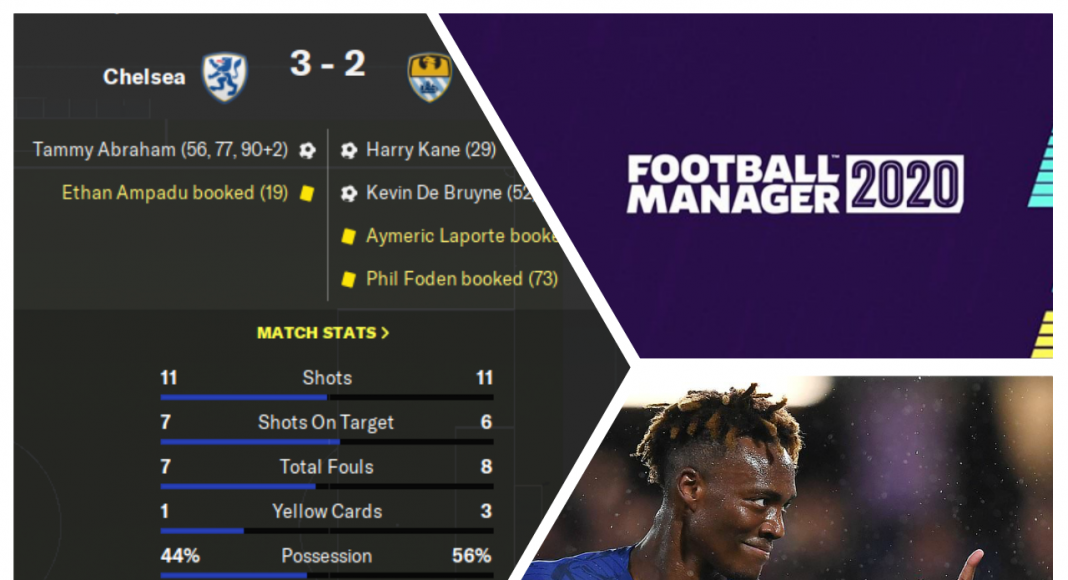 This feels like a summer of transition, and indeed it will have to be. Several players have had enough of waiting and want to leave. Charly Musonda, Dom Solanke and Izzy Brown are all keen to go, and while the squad desperately needs bodies, it’s impossible to stop them going.

Musonda moves to Celtic in the early days of the window as we reject offers from Manchester United for Tammy Abraham and Mason Mount. Real Madrid want Nathan Ake, but no price is enough to take away starting quality players from us.

Apart from a few 15 year old talents hoovered up from across Europe, the summer speeds by, and the new season is upon us. Billy Gilmour goes to Young Boys on loan and scores on his debut.

This team has a real identity now – fast, high-pressing defenders who attack up the flanks, energetic and creative midfielders, dangerous quick wingers and a goal machine in Abraham up front. We breeze through our Europa League group and keep in touch of the top 4 right up until Christmas.

This is how the squad looks in January: Things get a bit hairy in the winter window – Real Madrid return for Ake and he demands to go. The squad support him but Chelsea don’t budge, and Ake is dropped from the starting lineup for several games. Ryan Bertrand wasn’t getting the games he wanted so he asks to leave and Valentino Livramento – who has been impressing in the U23s – replaces him in the squad. He provides good cover on both sides of the back 4, and will likely be a good rotation option for years to come.

Also significant at this point is the promotion of academy goalie Kane Woodards to the senior team. Only just 18, he’s not that good yet, and will likely cost us some games but if we start playing him now we can hopefully improve him enough to get him up to a solid stopper by next September.

A second leg comeback sees us past Bologna in the next round of the Europa League, but in the Quarter Finals Inter are too strong over two games. In the FA Cup, we beat a dangerous Tottenham 1-0 in the quarters and draw Man U at home in the semi finals.

It’s time for our third youth intake at the club, and once again we get a potential first team prospect. Nigerian-English winger Monday Ossai certainly needs some work on his dribbling and crossing if he wants to play out wide, but has some very interesting raw materials to work with. Shane Hayes, a centre back with 19 bravery and 14 concentration at the age of 16, has the potential to be a new John Terry.

Chelsea win the home leg of their tie with Inter 4-2, a night that feels truly special as this young team take apart some true European giants for the first time. Tragically two early goals back in Milan make it 4-4 on aggregate, and Antonio Conte’s side go through on away goals. Once again, the Blues are just a single goal away from a European semi final, but the dream is over for another year.

The team bounce back in the FA Cup against Manchester United though, Jeremie Boga racing clear, Torres-style in extra time to win it for the Blues and secure another final appearance at the very least. Tammy Abraham is scoring at the same rate he did last season. He nets a stunning hattrick as Chelsea come back from 2-0 down against Manchester City in a superb comeback win that puts the Blues within touching distance of the Champions League. Tragically, two desperate draws in the final league games of the season condemn us to fifth – by a single point. Another bitter disappointment, and it’s hard to lift the lads’ heads after that. But Arsenal are on the horizon in the FA Cup final and our last chance for silverware is right ahead of us.

Chelsea regroup superbly for the game and take the game to the Gunners in the first half at Wembley. The pressure eventually tells, as the endlessly dangerous Ian Maatsen is felled inside the Gunners box, and Mason Mount steps up in front of the Arsenal end of Wembley to calmly place the penalty in the bottom corner and give Chelsea the lead.

The second half is a masterclass in game management and defensive structure from the team. They show so much of the maturity they’ve lacked for in big games this season, to keep a clean sheet when it matters most. Fikayo Tomori – who has developed steadily without his name being mentioned much – is man of the match after an ice cold performance at centre-back.

Chelsea lift the FA Cup once again, keeping the manager safe another season. It’s largely been a frustrating campaign overall. Just a goal or two away from the Champions League and the semis of the Europa League, but the players we inherited are starting to hit their peak now, and the youngsters we’re bringing through will gradually strengthen the squad.

It’s a slow process when there’s no instant solutions to be bought on the market – but there is a long term sense of satisfaction.