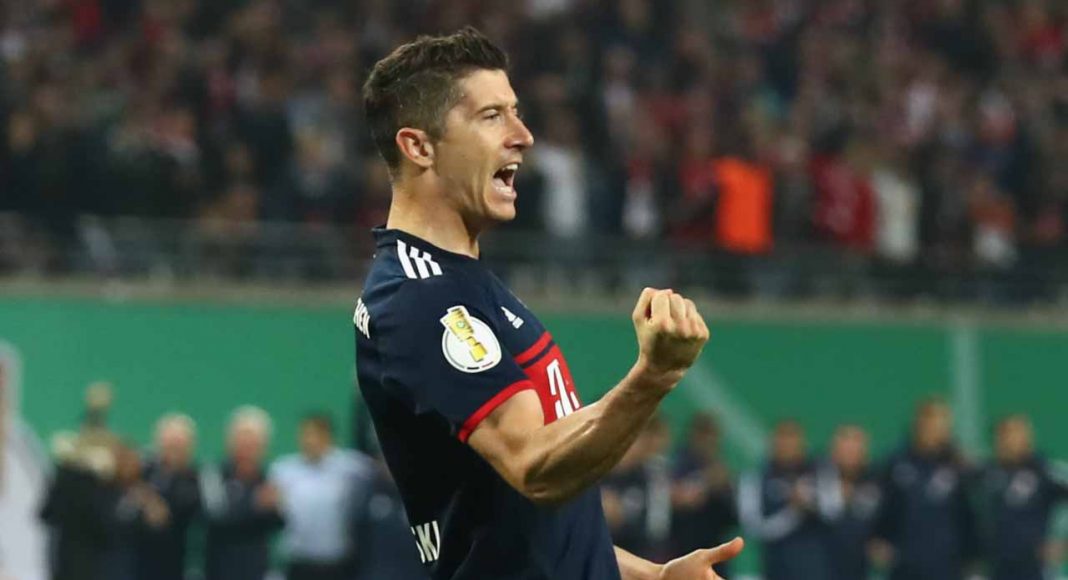 Now here’s a situation that Chelsea should be monitoring…

According to Don Balon, Robert Lewandowski will be leaving Bayern Munich. The Spanish outlet claim that it has already been decided that the club will allow the Poland international to depart.

Don Balon believe that Inter Milan goal-machine Mauro Icardi has been identified as a potential replacement for Lewandowski. The Argentine has been in stunning form so far this term and would undoubtedly be a shrewd acquisition for Bayern.

Should Chelsea be in the running?

Following the arrival of Alvaro Morata in the summer transfer window, Antonio Conte does not really need a new centre-forward. However, opportunities to sign a player like Lewandowski do not arise everyday – and we should be right in the mix.

Sky Sports reported in the summer that both ourselves and Manchester United had held talks with Lewandowski’s representatives – so there is clearly interest there.

The Bayern centre-forward is one of the most lethal strikers of his generation, and the prospect of seeing him at Stamford Bridge would be mouth-watering. Perhaps Conte could play both Morata AND Lewandowski in a 3-5-2 formation, too! Now that’d be frightening…

Infact by now, the super boy should have already been at the bridge, as they look how to pair with the Chelsea super thunder strikes boy, Morata! Please the Board and Roman, do something about that!

Let Chelsea just kump in and grab him with speed, no time wasting. Our attack will be superb.

We need to carch him so much