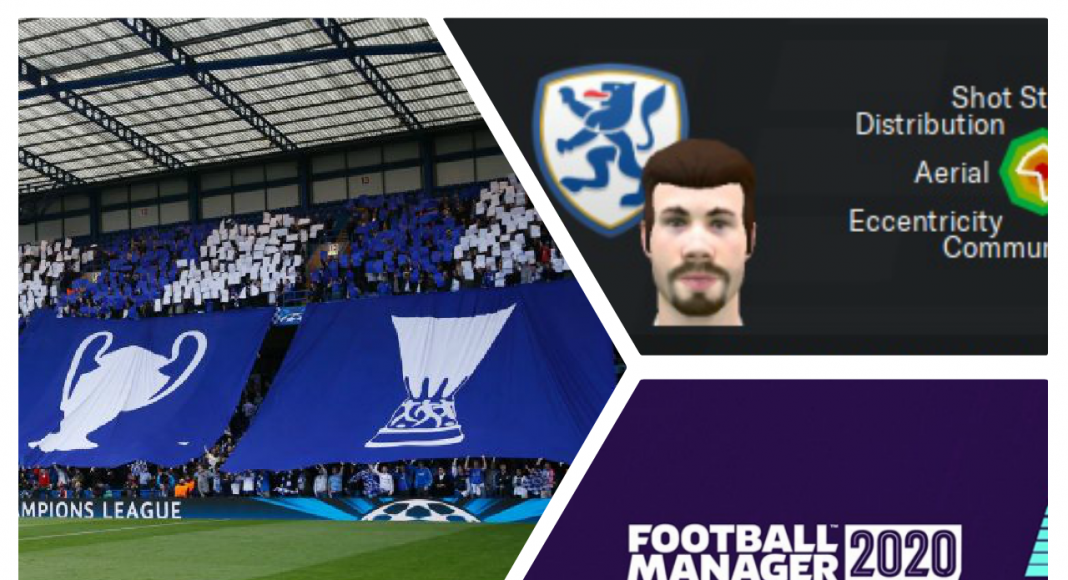 The summer is spent mulling possible transfers in and out. Big money bids are coming in for Nathan Ake and others, and Chelsea resist them all, causing some discontent in the squad. Ake is stripped of the vice-captaincy after demanding to go, causing further issues.

Dom Solanke leaves for Watford and teenage left winger Alan Sheron is called up from the U23s to take his squad place. Trevoh Chalobah makes the move to the MLS. Armando Broja, who this game REALLY doesn’t like, goes to Aldershot.

Apart from a few 15 year old talents, there are no incoming moves. The club do all they can to sign Declan Rice, offering north of £150m, but West Ham hold out for more and a deal can’t be done.

The good news is that another trophy win has kept Roman happy, and he’s willing to accept a Europa League spot again, as long as we do well in the cups – that all seems fair to us. After a solid start, in September Chelsea draw with Watford and then lose to Spurs twice in a week – once in the cup on penalties and then once in the league. But instead of slowing them down, that wobble sparks them into life, and they go unbeaten from then until December.

The nice thing about the Europa League is a bunch of easy fixtures early in the season to use to play some of the kids, and help the rest of the team find form. Chelsea crush Hadjuk, Rangers and then HJK 9-1 to cruise out of the group easily once again.

As they motor towards Christmas, for the first time in this new project’s lifespan there is a real feeling that this team is maturing. They are shedding their unpredictability and looking like a very professional outfit as they keep picking up points.

Players like Mason Mount, Tammy Abraham, Fikayo Tomori and Ethan Ampadu have are all into their fourth seasons as first team regulars, and have all breezed past the 150 appearances mark for the club. They are no longer the kids they were back at the start, they are entering their prime years.

To back them up a steady flow of academy players have been gradually filtering in, and we can now get you up to speed with the regens and how they’re getting on at the midpoint of this fourth season.

He’s a real leader at the back already, taking advantage of his run in the team at the end of last season to get his feet under the table, and now looking commanding despite his tender years.

Charlie Oundjian is now in his second season appearing as a regular off the bench, and as a rotation option up front and on the right wing. He’s being trained further as a right winger because he’s likely going to end up with more playing time there.

As we had hoped, his finishing has improved too, while he’s hardly prolific (4 goals in 39 league appearances at this point) he’s got massive potential.

Then there’s Alan Sheron. He was snapped up from the Everton academy as a 15 year old, and has been a star for the youth sides. The last few months have seen him feature regularly in match squads, and he is starting to come off the bench later in games too.

He’s got the stats to be a fearsome out and out winger, and if his mental stats improve a little he can become a true star. Certainly Callum Hudson-Odoi faces serious competition on that side now – although CHO is himself developing into a top player.

Autumn sees a shower of awards, with Chelsea taking a clean sweep of the individual awards in October. The Blues motor through a solid run from there to Christmas, breezing through in the Europa League and keeping pace with an intense race for the top 4.

This is how the table and the squad looks halfway through this fourth season: There’s along way to go, but we’re close top the top 4 and still in Europe. This could be our year.

Vote Up0Vote Down  Reply
Previous articleDeclan Rice is not needed at Chelsea, this should go without saying
Next articleMason Mount deserves the upmost respect after years of fans asking for better attitudes